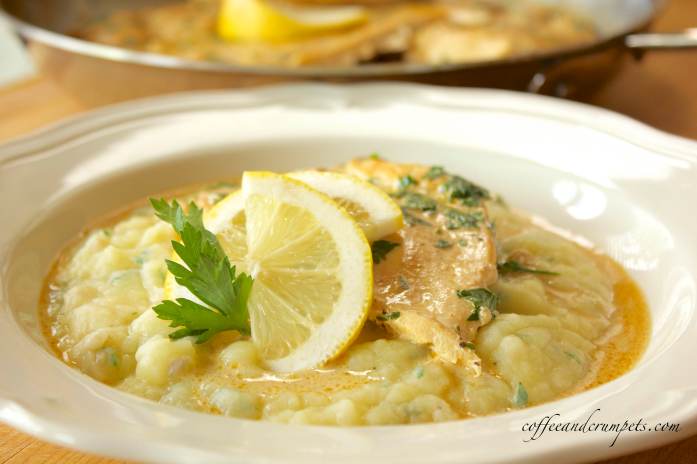 I have been easing myself back into cooking and let me tell you, it hasn’t been easy! You would think that since I like to cook and like to consume, and then I write about what I cook and consume, I would have no trouble, wrong! It has been very hard for me to get motivated and excited about cooking again. I am still very tired and maybe that’s the problem. I have been taking ridiculous amounts of vitamins and eating healthy (I only started yesterday and there wasn’t much cooking done) in a futile attempt to get my energy back. We’ll see how that goes.

Today I sucked it up and made a plan to nonchalantly stroll into the kitchen and survey the stock. I didn’t want to risk causing any unwanted attention incase the natives got excited about dinner and then I would have no choice. Unfortunately, my excuse of a lack of groceries was no longer valid since I had done a huge shop the day before (in my attempt to eat healthy and gain energy.) It’s such a vicious cycle, isn’t it? You don’t have the energy to cook but you have to cook and eat something relatively good for you (versus grabbing a takeout) to get some energy, but you’re too tired to cook and so on.

Tapping my brains for ideas and rummaging the freezer for inspiration, I pulled out a pack of chicken breasts. I didn’t want to turn on the oven and heat up my already searing house, so I opted to sauté chicken cutlets and serve them with a cauliflower and potato puree. I usually like my cauliflower roasted but once again, it went back to the oven and the heat. It was  a lot easier to throw the potatoes and cauliflower into a pressure cooker and cook 8 minutes and they were done.

It’s been a while since I sautéed chicken like this. Usually, I don’t like the huge splattering mess it makes and I don’t particularly like pounding chicken either, but I did it today and they were really good! I made a pan sauce with some broth and finished it off with a bit of cream, a squeeze of lemon and a generous sprinkling of parsley. The cauliflower mash was gorgeous too; creamy and garlicky with the potatoes adding nice body and texture. Sahare, my eleven year old, who doesn’t like cauliflower, had two helpings.

So, is there something y’all don’t make because of some reason or another? I really enjoyed the chicken today and realised that it wasn’t too much of a mess to clean up and I will probably make it again in the near future. 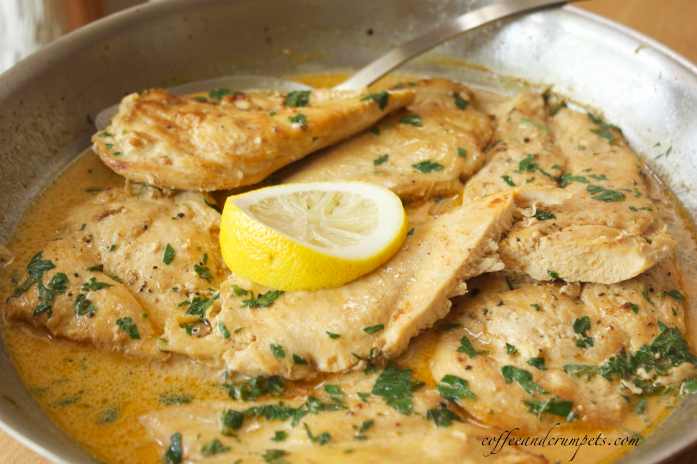 The puree was very easily done in a pressure cooker, and if you have one, use it! It will take 8 minutes.

Put the potatoes, cauliflower and garlic into the pressure cooker and add the 1 cup of broth or water.

Pressure cook according to your cooker instructions, for 8 minutes.

After 8 minutes, release the pressure and the vegetables will be very tender.

Add the butter or olive oil and the parsley.

If you don’t have a pressure cooker, then just boil the vegetables separately until very soft.

This will take about 15-20 minutes depending on the size of the pieces.

Cook until very soft and then mash or puree together.

You can sauté the garlic lightly in some butter or olive oil and add to the vegetables before pureeing.

Check for salt and pepper, add more butter or olive oil and the parsley to finish.

4  (about 6-8 oz each) chicken breast halves, butterflied and pounded thin

1 tablespoon lemon juice ( a squeeze will do)

Season the chicken breasts with salt and pepper.

Sauté the pounded chicken breasts in a fry pan with the oil and butter on medium high.

I could only fit one cutlet in my pan so I did one at a time.

You want to get a nice sear on the chicken.

Once one side is done and easily releases from the pan, about 5-8 minutes, turn over and cook the other side.

Don’t over cook. They will be reheated in the sauce.

Repeat with all the rest of the cutlets.

Once the last cutlet is done, pour off any fat left in the pan.

Add the water or broth and deglaze the pan.

Slowly with a wooden spoon or spatula work the bottom of the pan and release the tasty dark bits stuck on.

Lower the heat and add the cream or half and half, bring to a simmer, don’t boil.

Add the squeeze of lemon and parsley and check for salt and pepper.

Slide the cutlets into the sauce and any juices that were released.

Heat through and plate. 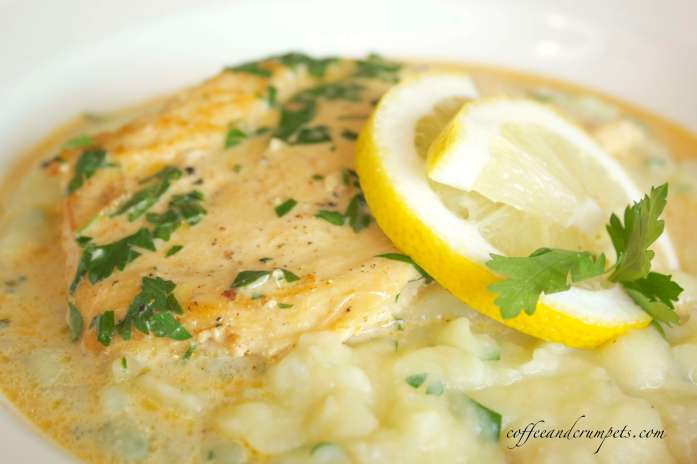 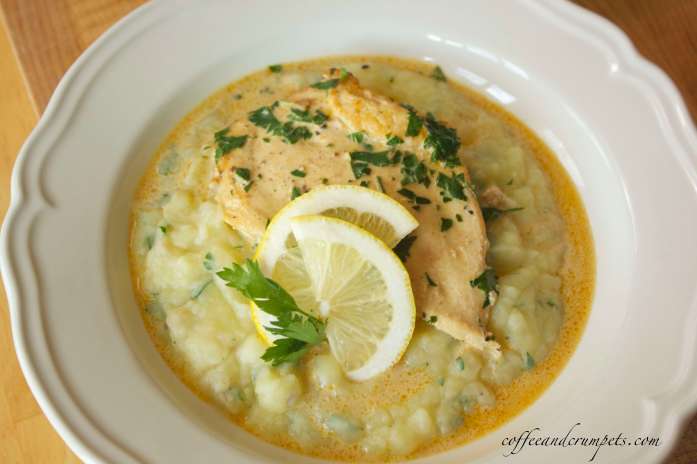 I am looking forward to my Labour Day weekend because my cousins are coming up from Texas. It will be so good to see them.

I hope to have overcome this fatigue by tomorrow so I can cook for them!

What are your plans for this weekend? Will you be resting and taking it easy or cooking up a storm?

Whatever you plan to do, I hope you all have a great weekend. I will be busy with my guests through the weekend so I will see you all next week.

Hopefully, with a delightful recipe of some kind!!