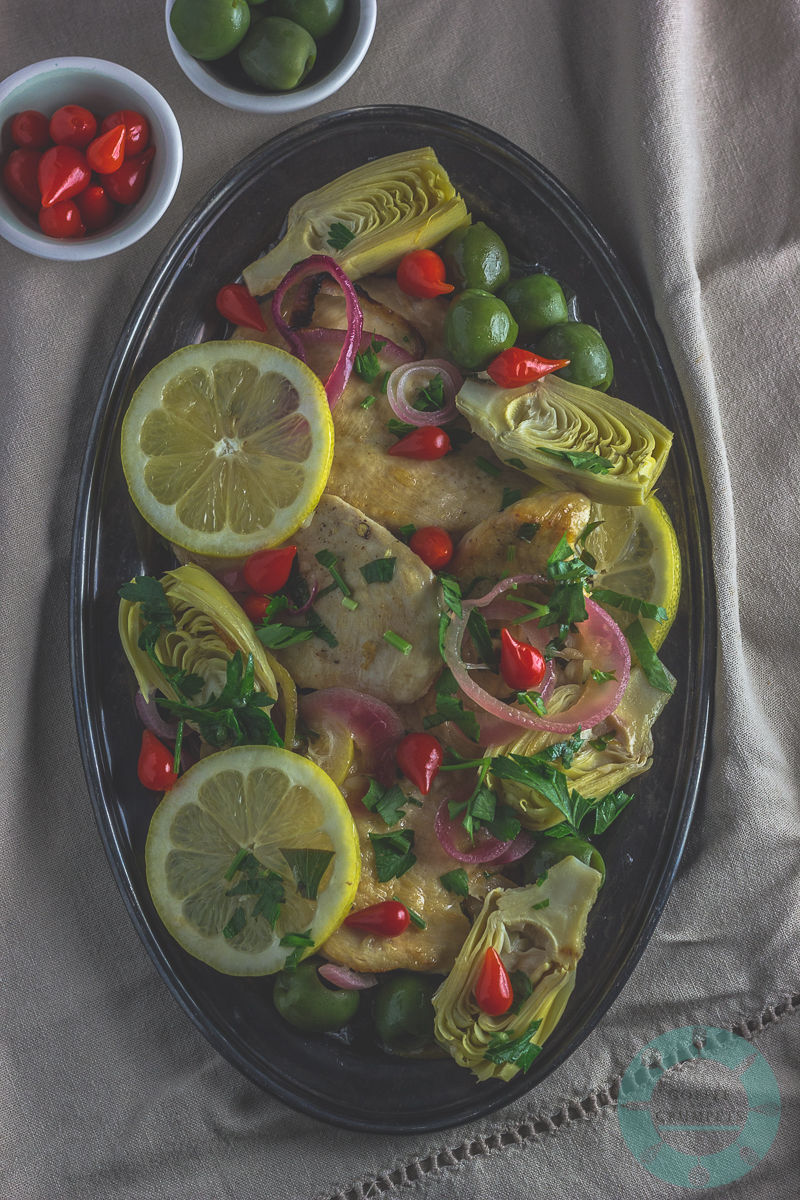 I have managed to eke out another post! To say that getting to the blog has been difficult is an understatement. Life doesn’t stop. What worries me a bit is that we don’t celebrate Christmas; I couldn’t imagine the craziness if we did. I have to applaud all my blogger friends who are posting regularly with fabulously, delicious dishes and getting ready for their biggest holiday of the year. I am in awe of your organisation, planning and perseverance!

I haven’t been able to get really back in the kitchen yet. The winter times don’t help either. The sun goes down at 4.44 here and I have barely picked up the kids from school and got them home when I have to start with dinner. By the time I finish cooking, it’s time to eat and get ready for bed; no time to set up a studio with hungry children staring you down. 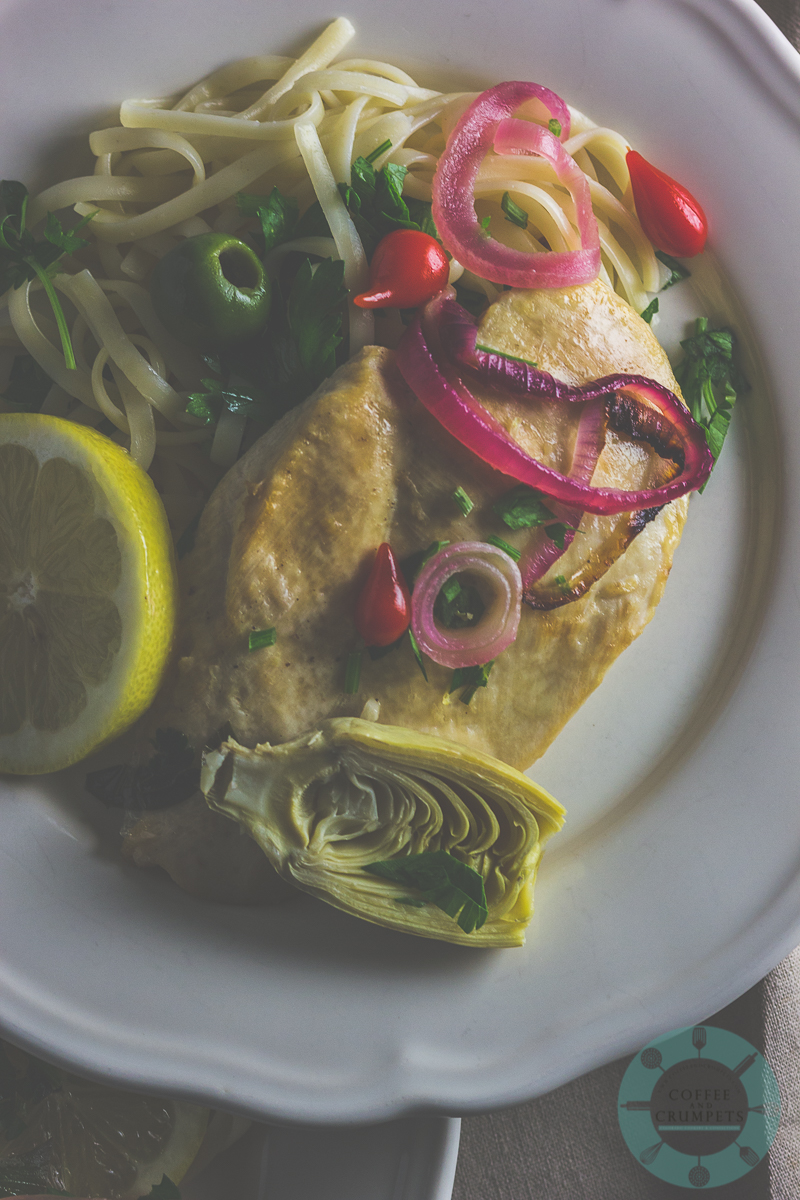 Last week was difficult anyway with one stray event for work still remaining. I psyched myself up to plan and cook after having about 3 weeks of downtime. It was a bit difficult to walk back in the kitchen at work and be peppy about it! It sure is easy to get lazy. This week isn’t any easier, I have a private client who is holding a holiday party and would like me to cater it. I just finished with his menu today and emailed it off. Hopefully, he likes what he sees and I can get to work.

This past weekend was a good one. The appliance company where my husband works and where I do the demos and classes, had their Christmas party. It was at a fancy, schmancy hotel in downtown Denver. Many of our coworkers were getting a room and spending the night there so we too jumped on that idea. It was so nice to get away from the daily home grind, the children (though I love them, they can be quite challenging) and just the usual parent responsibilities even it was for just one night. It was a great evening filled with food, music and dancing with good friends and coworkers. To know that at the end of the evening, all we had to do was take the lift up to our very comfortable room made it all that more special.

We slept in the next morning, had a leisurely coffee and headed out for breakfast. Here the wonderful weekend kind of ended. We arrived at the restaurant and gave our name so we could be called for a table once one was available. In the meantime, we headed towards a couple of chairs that were arranged with two others as a grouping of four. Two of the chairs were taken by a young couple who were decked out in sports gear and ready to head over to the stadium to watch the Broncos play the Raiders. Incidentally, the Oakland Raiders were staying at the same hotel we were and we happened to bump into a few of the players. Of course, I was dressed in my bright orange Broncos jersey 🙂 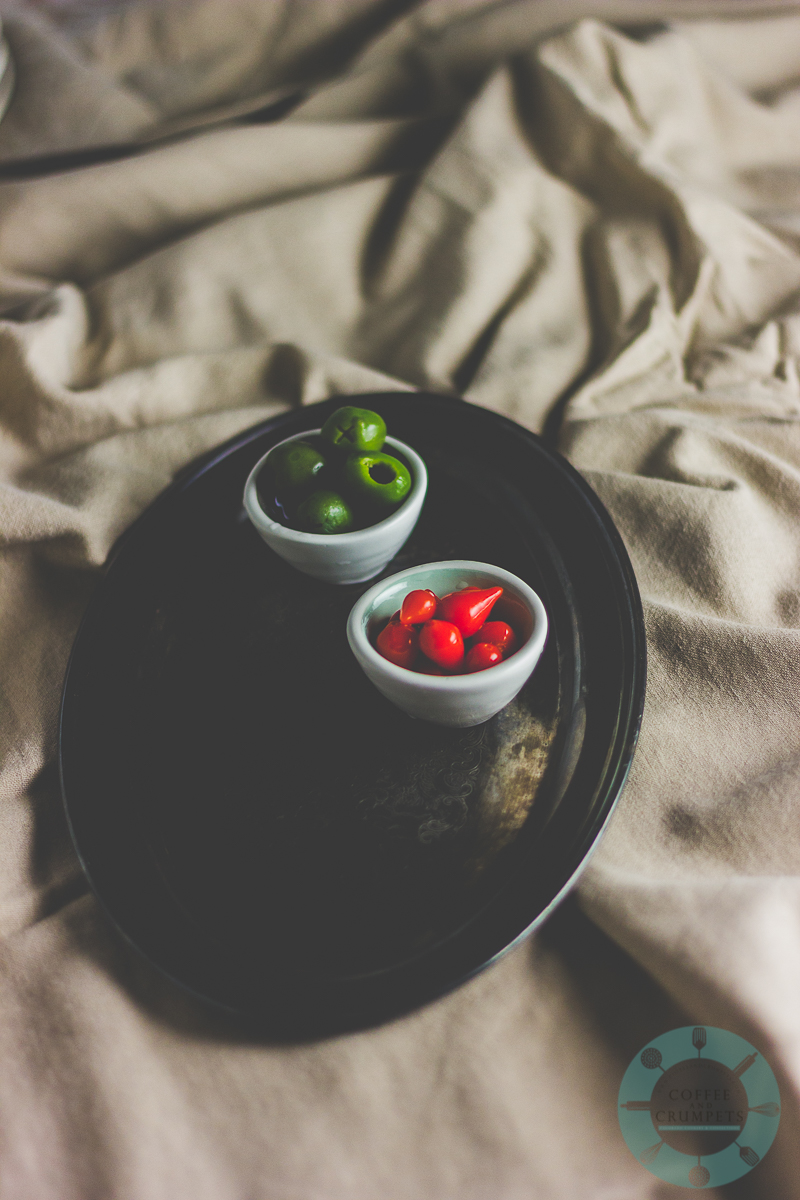 Back to these young folk; as I was about to sit down, I asked if the seats were taken, they didn’t answer so I assumed they hadn’t heard me. They didn’t really smile or say hi. As my husband sat down, he said hello and asked if they were here to watch the game. They said yes, and a whole conversation then ensued. They were from California (Raiders fan, but the wife was a Bronco fan) So, I listened to the conversation going on with my husband, and tried to chirp in, but their behaviour was non inclusive. I thought I was imagining the fact they were obviously not including me in the conversation but the lady kind of turned her body away from me. She only talked to my husband. Her husband, who was sitting across from me made no eye contact and just talked to my husband as well. As the conversation continued, I was now sure they were not talking to me. Maybe they thought we weren’t together, I don’t know. But as the clock ticked, I got more and more mad, hurt and upset.

Here I was, wearing a sports jersey and I was excluded in a conversation about sports. If there is one thing that unites people, it’s rooting for the same team, especially here in Denver. I sat there in disbelief. I guess it doesn’t matter if you wear a sports jersey, if you were a scarf on your head that proclaims a belief you don’t agree with, it’s ok to totally ignore that person. 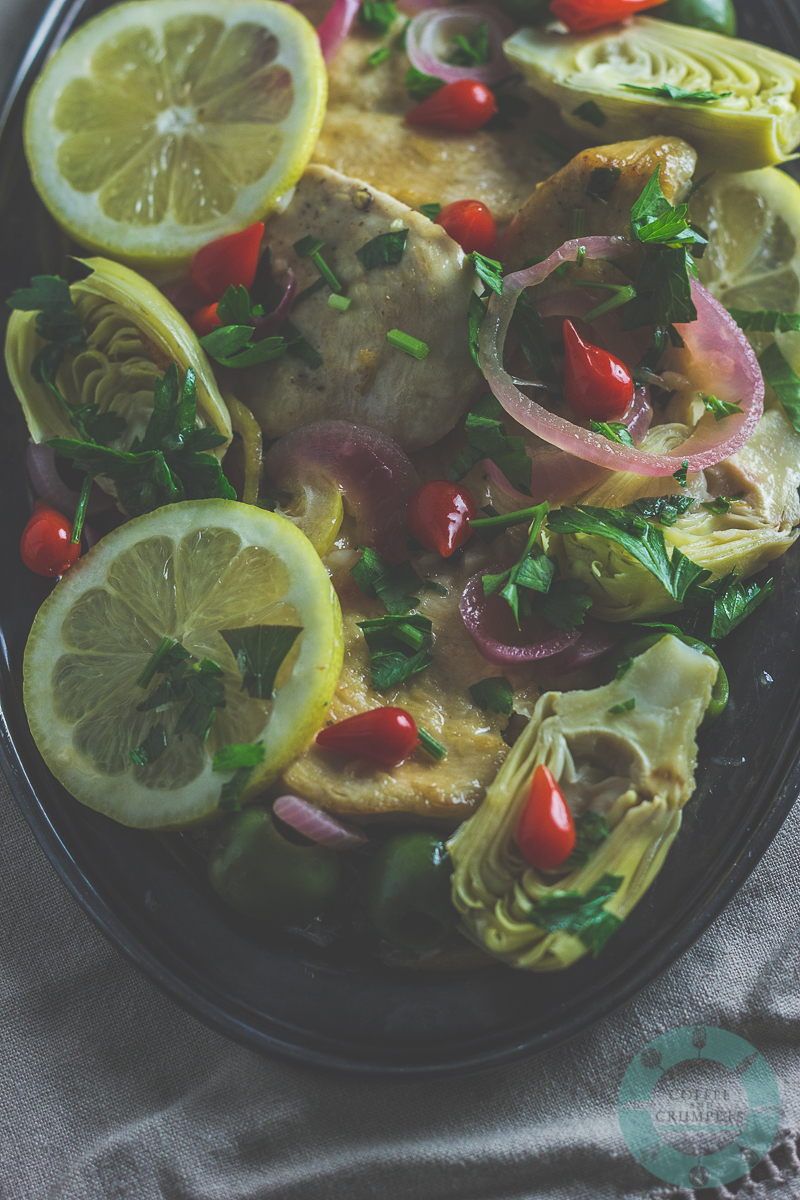 I have never experienced it that obviously before. Maybe other people have avoided me or made comments that I didn’t hear, but the fact is, I’ve never dwelled on those people. I have always gravitated towards people who have shown no bigotry or racism. I have always been more Western than Eastern because of where I grew up and my thinking in general. I can’t be something I don’t know. I’m not denying my ancestry, I am Indian, but that’s just it, it’s my ancestry.

Lately, there is so much negativity about Islam and Muslims, and thanks to Donald Trump, an increase in hate attacks against Muslims. I have been horrified to hear so many stories and yet, my experience has been nothing short of wonderful, that is, until the other day. I guess it was a lesson in reality. A lesson telling me to not be so over-confident; that in the end the colour of my skin and the scarf on my head gives me away. A lesson that I may never fully be accepted in any Western country, even though, that’s all I have ever known.

Something that hurt maybe more than the couple’s behaviour is my husband’s oblivion to what was going on. Of course, I can’t blame him, he’s never experienced racism or bigotry. He was just talking and being polite and not realising how rude the couple were being. It didn’t help that he really only mentioned “I” or “me” and not “we”. He himself, unknowingly, excluded me. But like I said, I can’t blame him because he’s never been in that position and never had to experience not belonging. 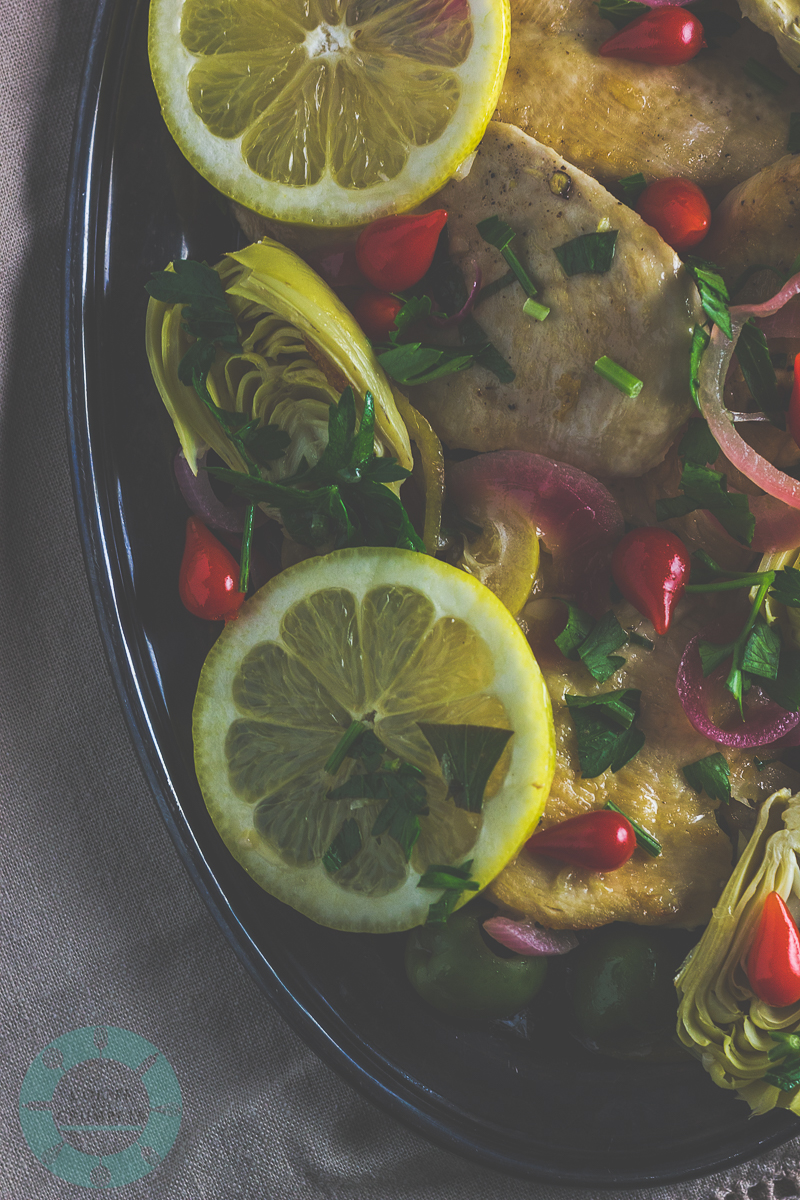 I have always chosen to look at the good side of people; I’ve even made excuses to myself over their questionable behaviours. I have concentrated on the good people; my friends, coworkers and the wonderful clients who never stop complimenting my food and are always so gracious. So this experience hurt, a lot. When we made it to the table (which happened to be diagonally from the couple’s) my husband could see I was visibly upset. He still didn’t get it. I then proceeded to tell him and to point out that he too, took part in it. He was mortified. I couldn’t hold back my tears, I was upset and so hurt. He realised only then what I have experienced and continue do so on a regular basis and how difficult it is.

As sad and hurt as I was, I didn’t let an ignorant couple ruin my perfect weekend away with my husband. I shook it off and enjoyed the rest of the day. But, you know? I couldn’t help but think back on that all day, and it hurt all over again. I guess in time, I’ll find a way to get rid of that feeling I had sitting there being totally overlooked, thought of as sub-human and excluded.

Anyway, I just wanted to share that experience with you. Also, with all that’s going on in this world right now, if you see a Muslim or someone wearing a scarf, please show your support. It means so much to us to know that we are accepted and belong here. Because we women wear a headscarf, we are the ones targeted. The cowards will attack women. So, please, say “hello” or just smile, it means the world to us. 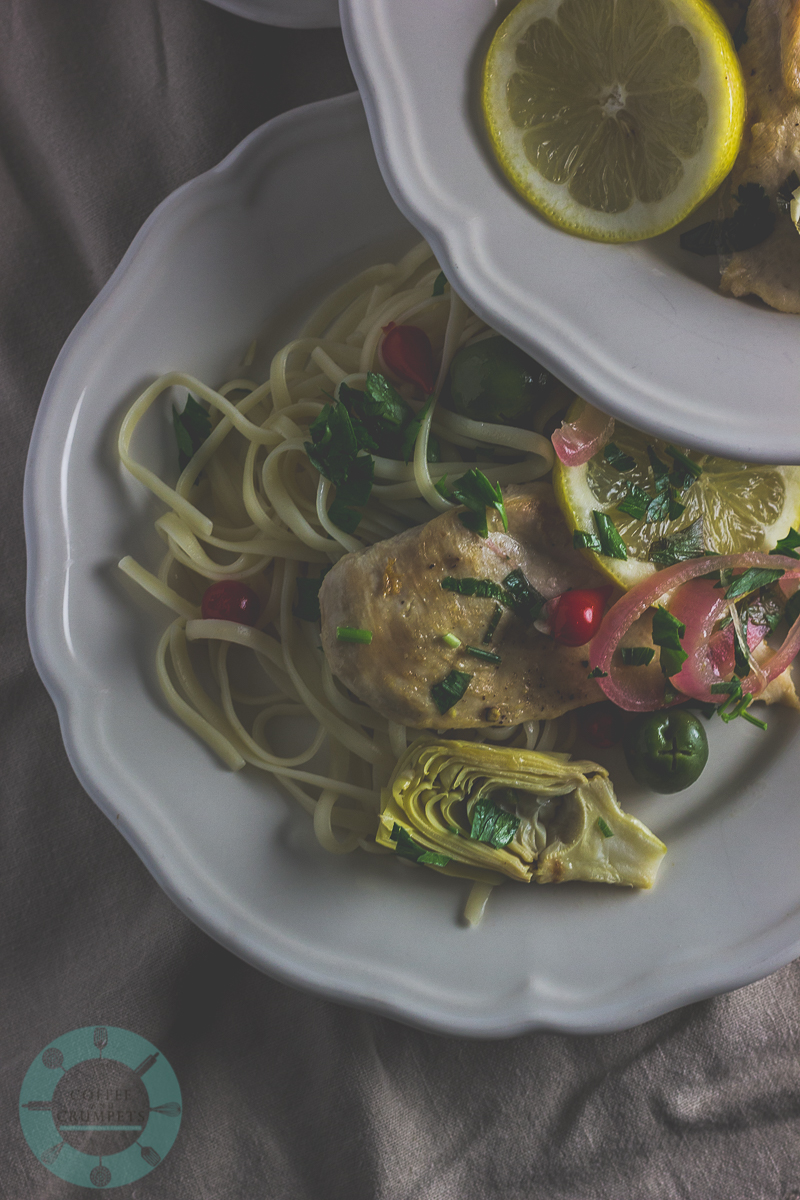 In the next few weeks, I will be sharing recipes that I use regularly in my cooking class demos. Many clients ask for the recipes and it’s easier to direct them to my website. Since I cook on many brands, I may be name dropping but know that I am not paid to push any brand in particular, and these are not sponsored posts. It’s a way to help my clients out, and provide technique help and a delicious recipe proven to work.

I have it on authority from many people that this Chicken Limone is pretty awesome. I have cooked this on almost all the brands; Thermador, JennAir, Dacor and Wolf, and it comes out perfect every time. It’s also pretty quick, especially if the chicken breasts are cutlets; nice and thin ones.

I’m going to provide the oven recipe because it’s really easy and fuss free. It can also be made on the stove top. Since I cook for 12-15 people for the classes, it saves me a lot of time to throw it in the oven and at the same time, highlight the advantages of convection fan cooking. 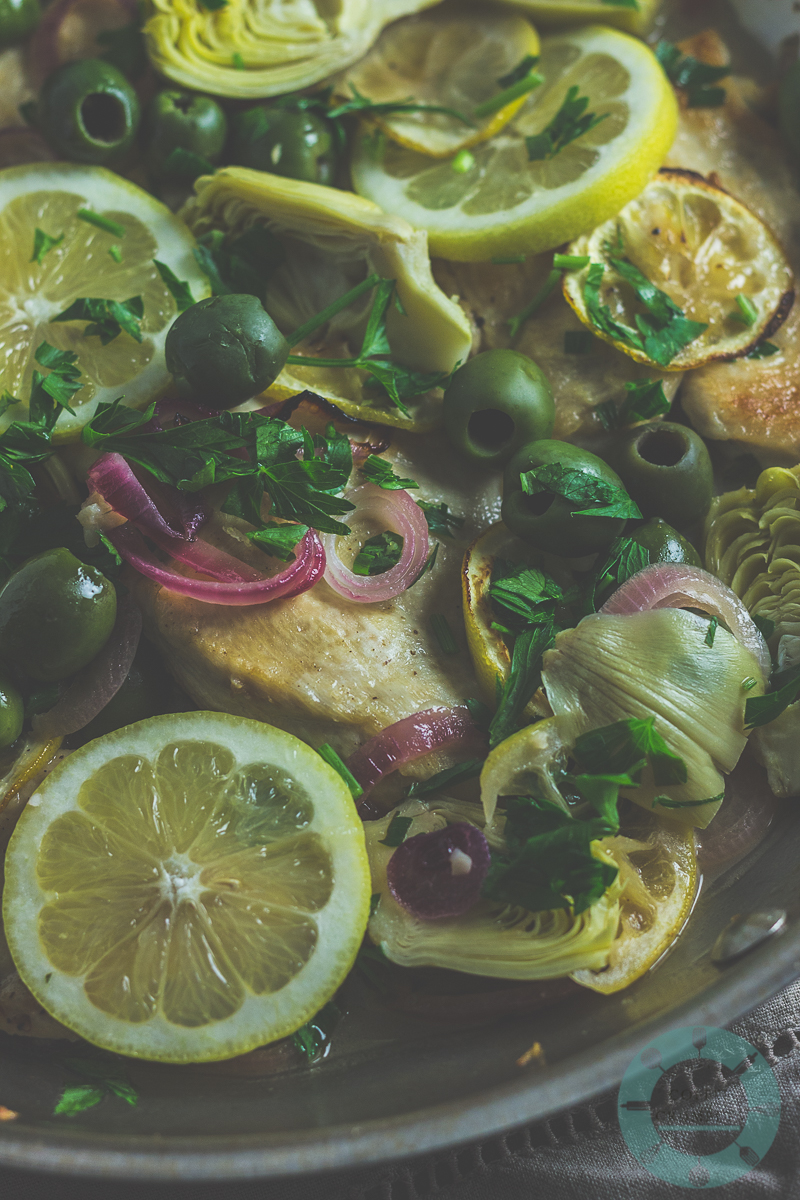 Save Print
Chicken Limone with Artichokes and Olives 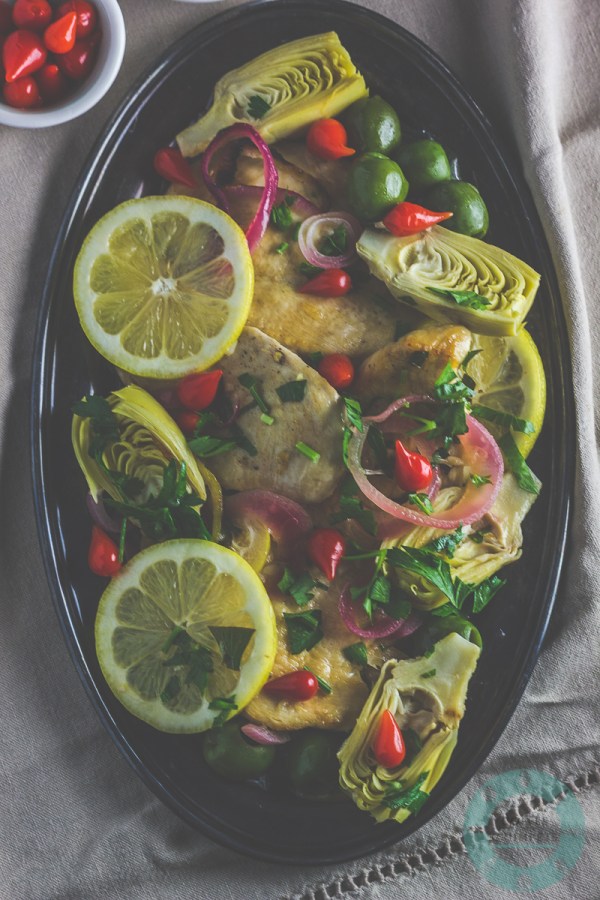 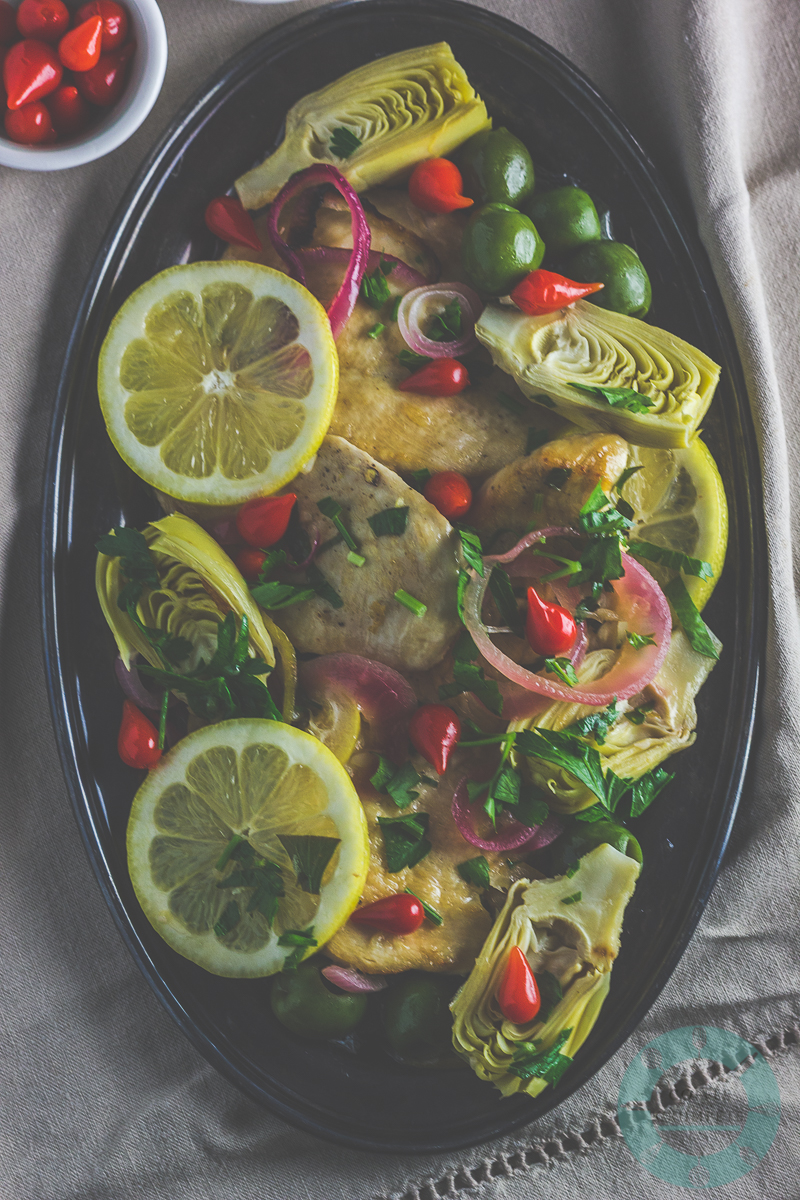 Hope you’re all well. I’m sure it’s been busy with all of you with the holidays on the horizon.

I am hoping that my posts are making it to your inbox, if they are not, could you comment and let me know? I’m having a hard time with the posts going into spam folders. I have adjusted everything I need to so they will deliver but I think there are still issues. Thank you for your help!

I have visited some of you but not everyone. I haven’t forgotten you! I’ll be by soon.

NOTE: The temperature for the convection oven is 350F, somehow it got omitted and it won’t let me edit the recipe. Another issue to add to the others…ugh.