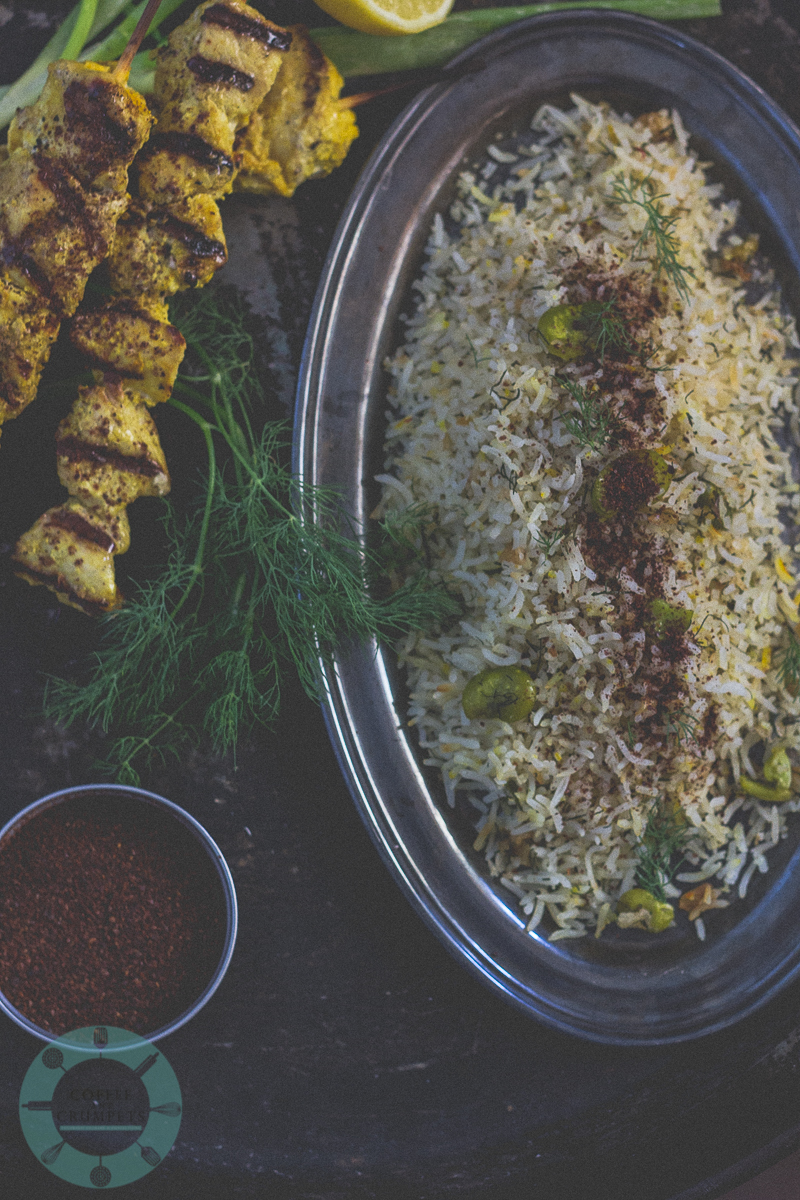 Growing up in a household of 6 children was noisy to say the least. My youngest 2 brothers were definitely boys, loud, active and generally just a pain in the neck. My mother was kept busy by their antics, and boyish tendencies of inquisitiveness, rowdiness and poop humorousness.

A flat in Central London was probably not the best place for active boys but we managed. It was a very large flat with huge ceilings and long hallways. These hallways were a favourite of theirs and they would sprint up and down them. There was no such thing as a leisurely stroll or long distance marathon, it was always the 100 metres dash.

The flat may have been large and palatial but the floors were still paper thin under the thundering charge of boys, racing their cars or their Star Wars X Wing fighters or whatever new toy was the flavour of the month.

The lady who lived in the flat below was none too pleased with the boys. But before you feel sorry for little old granny having to live with the constant noise of young boys hurtling down the hallways, let me tell you, she was no granny. That woman was rail thin, had a colourful mouth on her and might have been a tad racist. She had no problem beating up on the ceiling with her witchy broomstick cackling at the boys to quiet down and even had the nerve to fly up to our door one day and shriek at us. Little old British witches don’t take crap 🙂 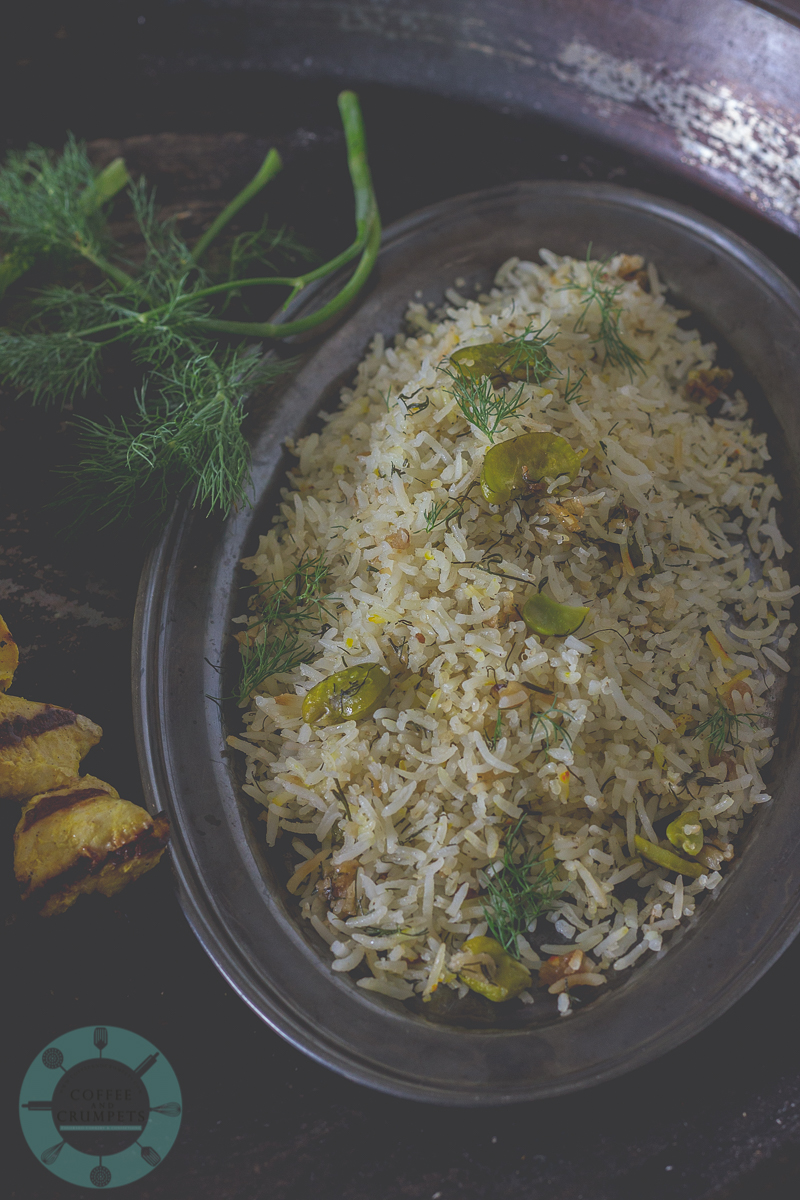 We tried as hard as we could to control the boys but there really was no way to make 4 and 5 year old boys understand the plight of old, cranky women. So, my dad did the only thing he could, he offered to buy out the woman’s flat, cauldron and all, and told her to move on. She did.

We bought the flat downstairs, renovated it, and put it up for rent as an investment property. When it wasn’t housing tenants, it was hosting visiting family members from overseas. Great thing about the tenants was that they couldn’t complain about the noise even if they wanted to, we were the landlords. They had an amazing, fully decorated and furnished flat in Central London with great rent. I’d put up with the noise too. 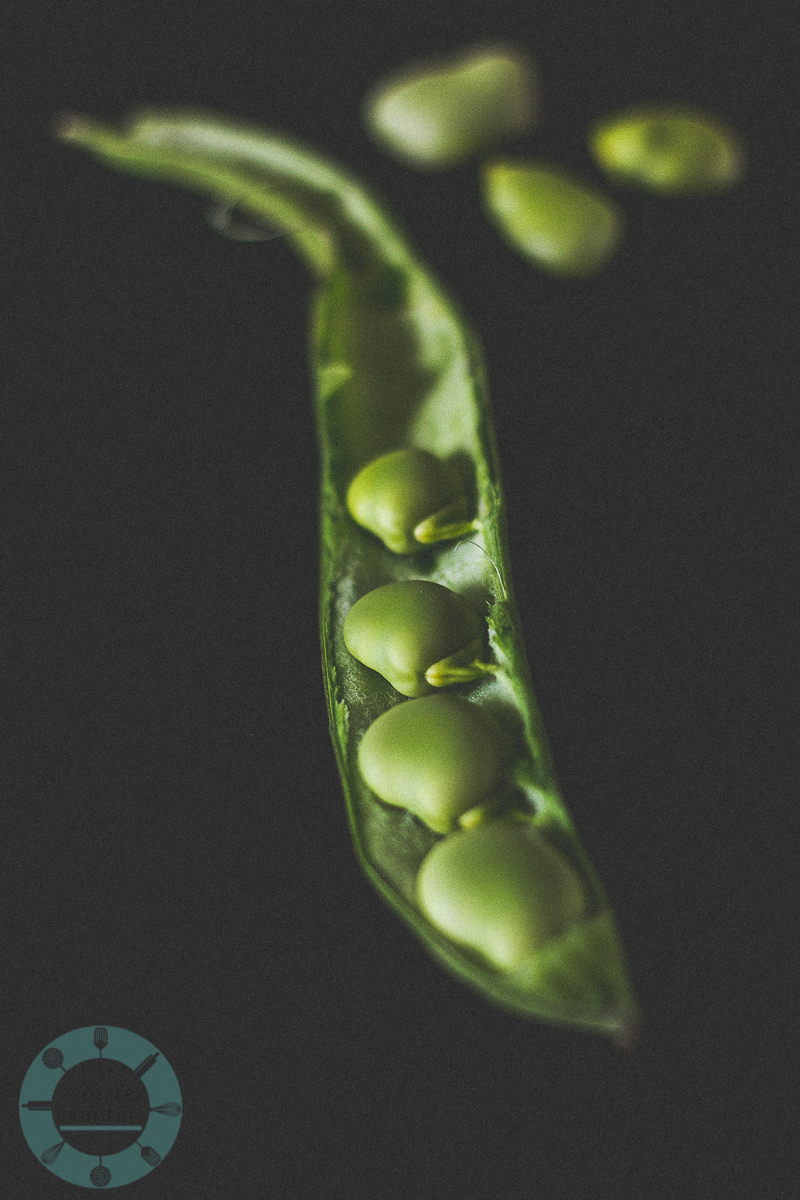 When the older of my 2 younger brothers fell ill with childhood leukaemia, things suddenly went quiet. There was no more running up and down the halls, only running back and forth from hospital. Those 3 years were some of the hardest, for my little brother and for us. He eventually passed away, couldn’t fight the fight anymore, the endless medication, needles, radiation and gave up. My 6 year old brother lost his best friend and play mate. I lost one of the sweetest boys I’ve ever known.

Slowly, it took a lot of time to get over his death, we managed to resume life. My parents realised they still had 5 other kids to care for and raise. My older siblings were adults so they offered a lot of support to my parents. The house slowly began to hear the sound of laughter again, parties with friends and family. 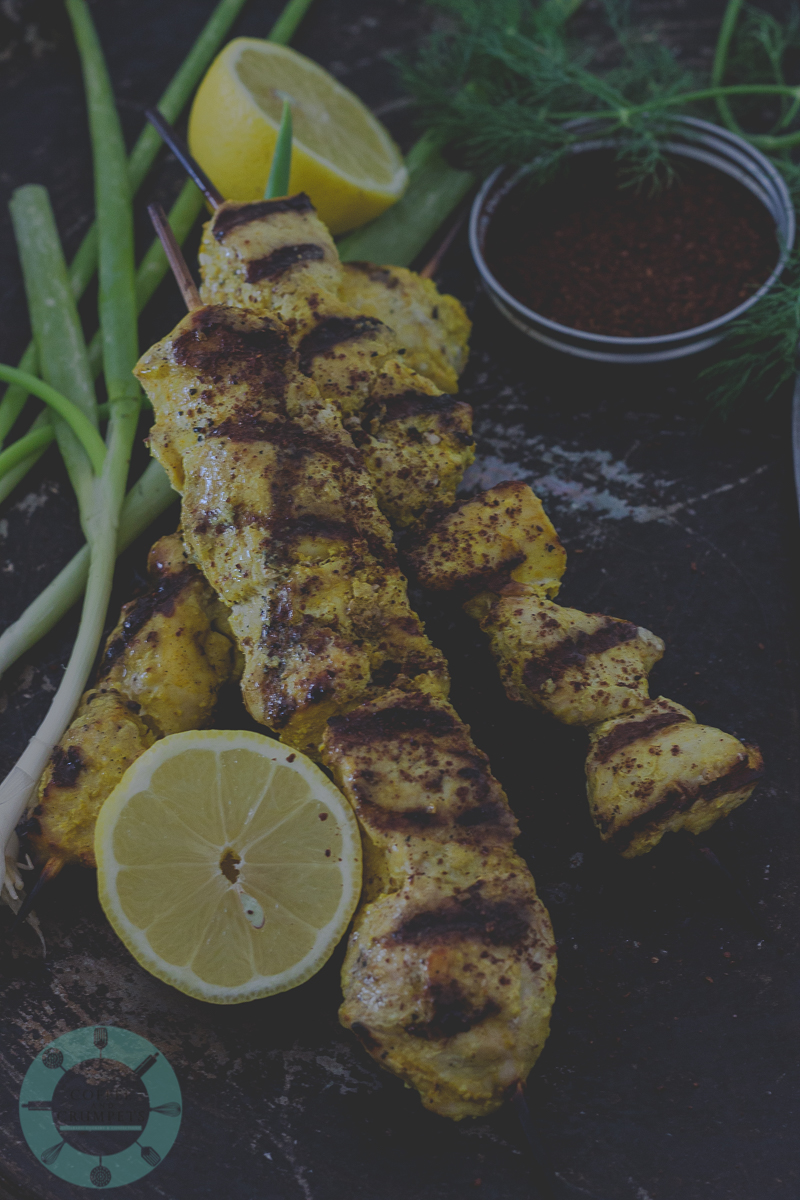 Even with my older sister married and away, there were still 4 kids with school and school issues, and friends and drama. My youngest brother was still quite a trouble maker. He liked to harass the teachers and there were constant complaints about his behaviour. He and my sister didn’t get along either so there was a constant torrent of words to get them to stop fighting, or for him to unpin her from the floor where he kept are subdued by sitting on her. Then there would be more shrieks and scuffling as he threatened to toot on her whilst sitting on her! Yes, it was still noisy. Add to that friends coming over, my brother going out, the front door was a revolving door of activity. I kept myself busy, mainly had my nose stuck in my studies and most of the time, I’d escape to a friend’s house just to get away from the noise!

My older brother, when he wasn’t out with his friends, always had friends over. He had the bedroom near the front of the flat so his friends would just climb in through his window. It was also where they all smoked and there would always be a pile of cigarette butts right outside his window strewn all over the garden. His window was obscured by the trees and bushes in the garden area up front so they were able to keep themselves hidden. 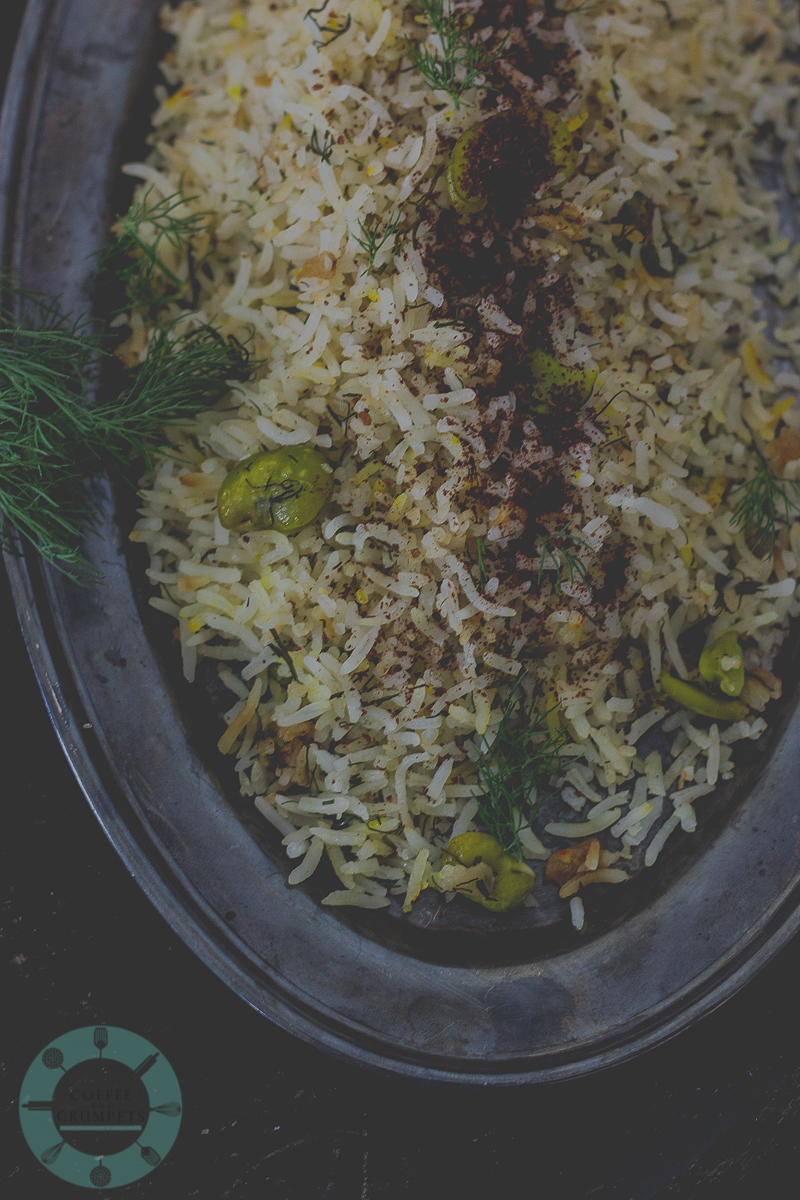 Now, my brother’s friends were mainly all Iranians. Great guys, all of them. Not only were they handsome, especially to a 16 year old who insisted she liked tall, dark and handsome (but married short, very pale and cute), they were just wonderful people, they’re still wonderful because I’m in touch with a couple of them still. They visited when we moved to America and with Facebook, all things are possible.

So, these Iranian friends loved to eat. They loved my mother’s cooking and she would feed them all the time. My introduction to Persian food and cooking was through these friends.

The very first time I went to a Persian restaurant was with my brother and one of his friends. My sister and I had just returned from a trip to America and my parents had stayed behind to start the paper work for our eventual move. My brother picked us up from the airport and that night, it was Persian food for dinner. 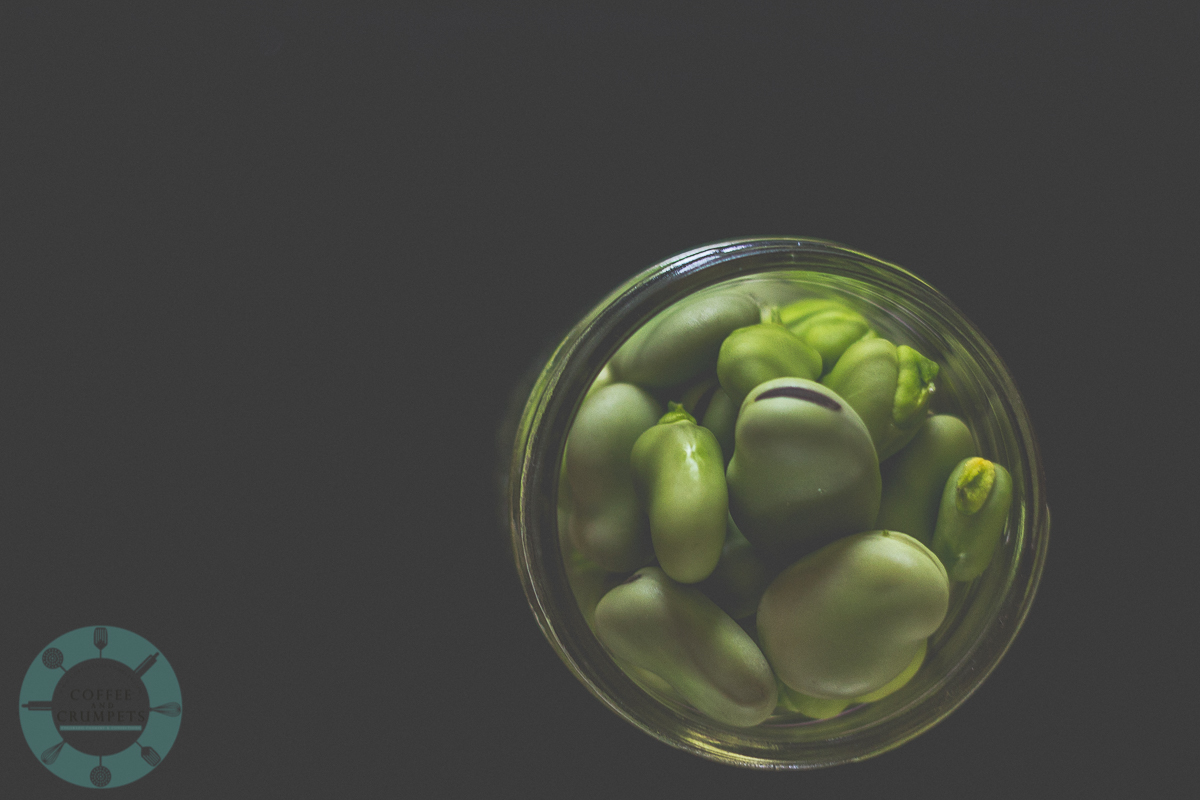 The restaurant was a hole in the wall. Rustic, wooden tables with benches set up communal style. The clink and clank of glasses, patrons downing tart and bubbly doough, breaking off pieces of the big sheets of Iranian bread and wrapping up cheese and vibrant, aromatic herbs. There was lentil soup being slurped and mounds of glistening, bejewelled polos, heady with the scent of saffron and long metal swords filled with tender, juicy meats grilled to a luscious, golden brown. I was in heaven.

That day began my love affair with Persian food. My plate wasn’t even a fancy polo or anything involved, it was just the juiciest and most flavourful skewer of kobideh kebab and the most fairy light rice I’ve ever eaten. Since then, I’ve been eating it, researching it, cooking it and perfecting it.

I guess my love for Persian food was inevitable, after all my name is from the Persian language. It means “exquisitely beautiful” 🙂 I love telling people that here because I like to see them react, usually uncomfortably, because they don’t know what to say! I keep a very straight face when I tell them 🙂 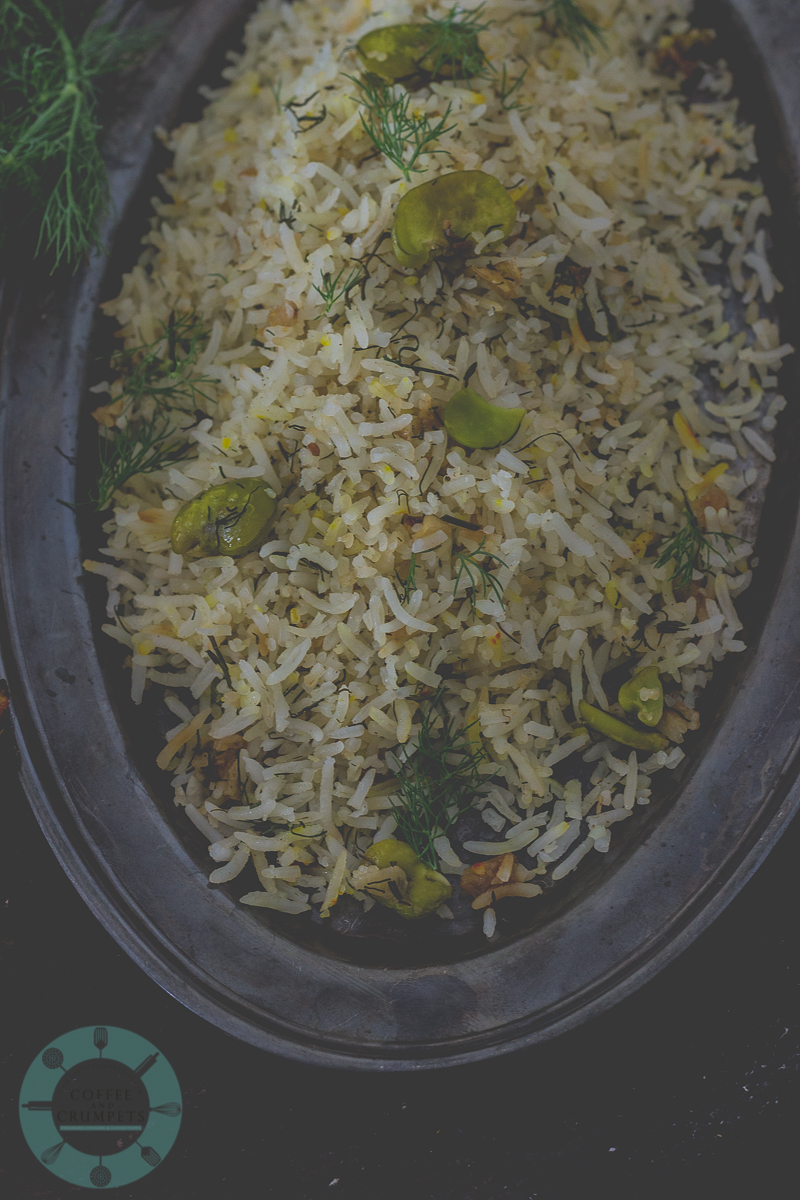 I decided to finally post two recipes mainly because I found beautiful, fresh fava beans at the farm stand and wanted to make the dill and fava bean polo (pilaf/pullao) called baghali polo (baghali means bean in Farsi) In Houston, we used to frequent a hole in the wall Persian place with some amazing food but then they became quite the success and went from hole in the wall with butcher paper covering the tables to fancy, schmancy tablecloths and expensive wines. The food lost its appeal along the way but picked up some grand prices instead.

They used to have great dill rice with chicken jujeh kebabs. This jujeh kebab is simple, flavourful, aromatic and absolutely delicious. No huge list of ingredients for a marinade, no fussy prep, just simple, rustic meat on a grill.

The baghali polo is also simple but the addition of dill and saffron elevates the dish to a somewhat fancy standard. It’s very much at home as a Sunday or even a weeknight dinner, like we had, but equally at home on fine china celebrating a special occasion.

So, a side note about fresh fava beans, buy plenty! Three of the pods I shelled didn’t have even one fava bean! I bought 1.5 pounds of fava beans in their pods, and got one cup total. Buy at least 2 or even 3 pounds just to be safe! One cup of beans were enough for us because my kids don’t like too many beans. But if you like lots, I’d definitely use about 2 cups. 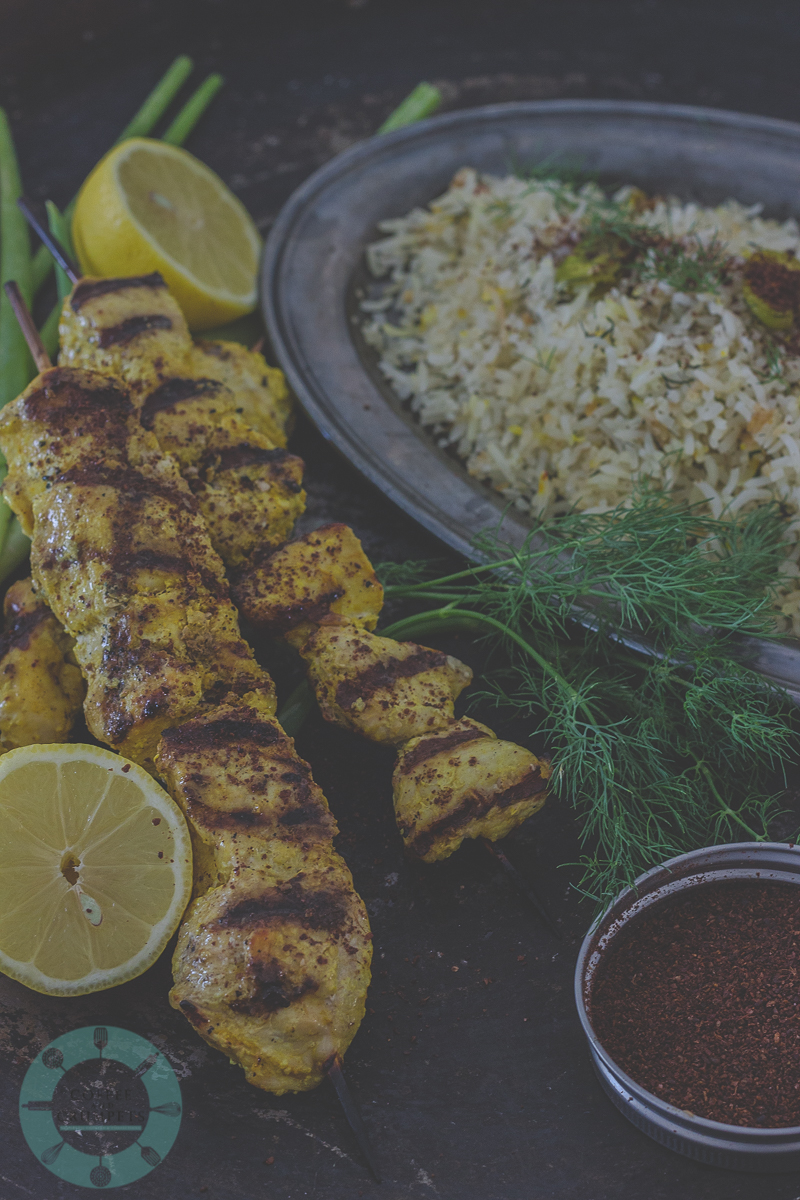 Now, a note on the dill; some recipes use A LOT of dill. The rice is green. Now, I like dill but it’s quite a strong flavour and also if you don’t happen to have access to a Persian store where they sell huge bunches of dill for a $1, you will easily spend $12 buying just the organic dill. I spent $4 for a handful of dill. But, it was enough and has enough flavour for us. So, you can definitely control the quantities. If you like mild dill flavour and a scattering of fava beans through out, you’ll like this recipe without changes. If you want a much stronger dill flavour and more beans,  just increase the quantities. You can also use frozen favas and eliminate all the peeling of the tough outer skin and the uncertainty of empty pods. Use fresh dill though, not the dried stuff. 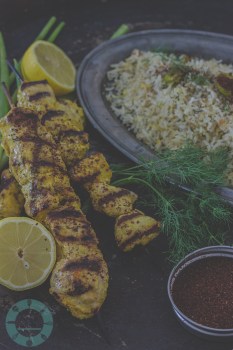 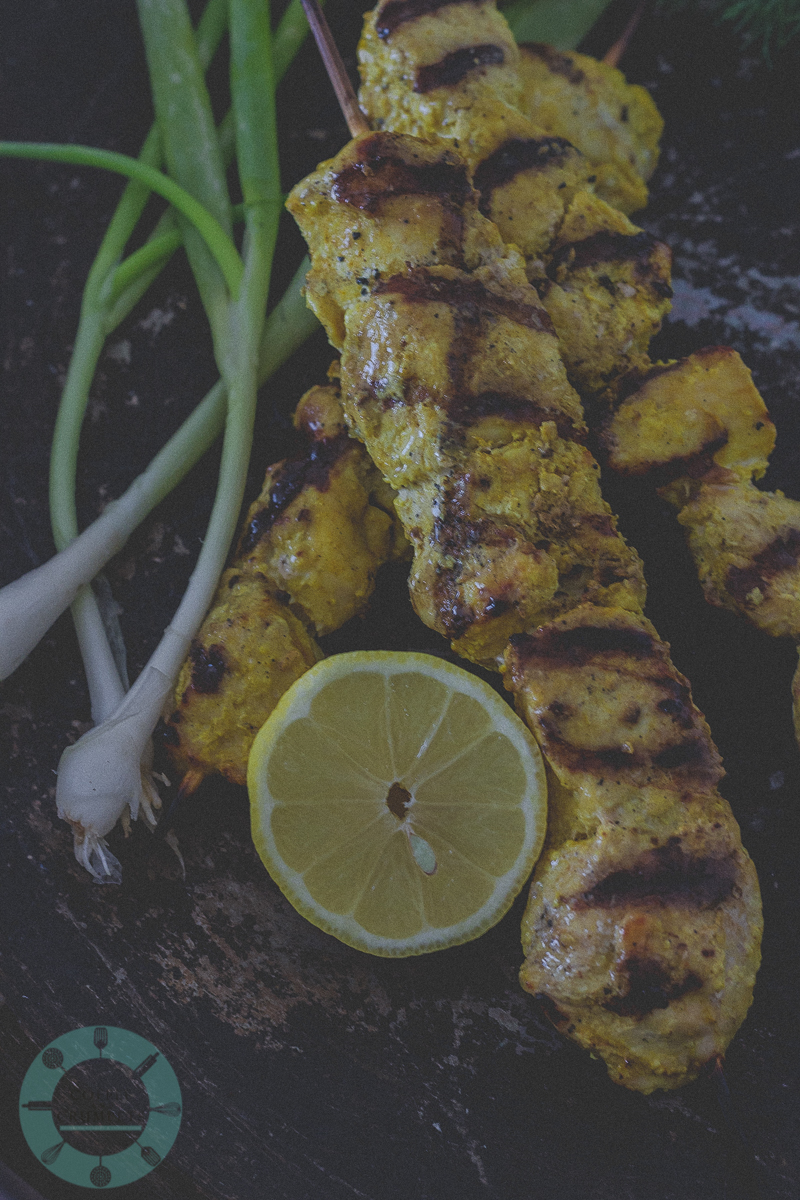 Have you tried Persian food? What is your favourite cuisine to eat out and to make at home?

So, thank you all so much for your kind comments on my last post. I felt a little guilty and bit of a fraud but totally humbled by all your kind words. I’m really not that good, or considerate or kind. There are so many others who deserve those titles. During Ramadan, we all try to be better and change our habits for the better for the rest of the year. We try, I try. It doesn’t always stick with me though. Still, I appreciate your kind words and I will try very hard to be the person you think I am!

Have a wonderful week, my friends!