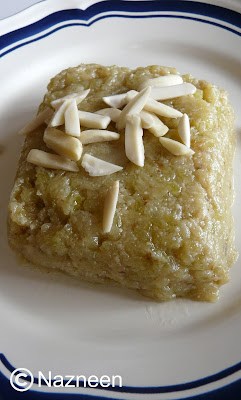 I am sure many people are wondering why there are so few Indian recipes posted when I am supposedly Indian! It’s not like I don’t make Indian food, quite the contrary actually, I make a lot of Indian food. That is my comfort food and almost always my go to dinner. Maybe, that’s why? Usually, I don’t think about it, I just whip it up and we eat. I rarely use recipes or measure anything, and I think that’s one of the reasons why I don’t post as many Indian recipes; too lazy to pay attention to quantities! I am very thankful though, that my husband and kids are open to all sorts of different cuisines. This world is filled with so many different people and cultures; it seems such a waste not to discover them somehow. We probably cannot visit all these colourful places but one way is to try and experience their cuisine. There are so many different foods still to try and not enough days to try them all! I am trying though.

Growing up, my mum made Indian food majority of the time. The other times, she was like me, trying to learn new cuisines.
It really helped that my dad was so open to new ideas. He was always travelling and experiencing new countries and their customs and cultures; Lebanon, Malaysia, Thailand, Hong Kong, Spain, France. He spent a few years working in Italy and I think his love of pasta and all things Italian trickled down to all of us.

As much as I love Indian food, I am only fond of a select few Indian sweets. The famous sweetmeats of India, mithai, as they are known in India, are not my cup of tea. I rarely make them or buy them. I, actually make very few Indian desserts; they are not my favourites and I don’t crave them like I do other things. I love British puddings, biscuits and scones and French pastries; Italian tiramisu, American pies and cobblers and almost all Arabic desserts. As far as Indian desserts go I have a handful that I absolutely love and the rest, not so much. One dessert I do love is this opo squash halwa. My mum used to make this for me because she knew I loved it so much. I regret not learning this from her and in the end I taught myself how to make it.

My intial thought, when I bought the squash was to make a spicy daal or lentil dish that is made with pieces of the squash. The lentil dish with opo squash is delicious; tangy and sweet at the same time. But, the more I eyed the squash, the more I wanted it sweet. So, I succcumbed to my cravings, again, and made the dessert. It’s not a quick dessert to make and you really have to be in the mood to put in the effort, but it is so worth it when you do. It’s absolutely, melt in your mouth, wonderful.

The general method is to simmer the grated squash in milk until the milk has been absorbed. The squash is cooked and soft by this time. The squash is then cooked further, in some butter, to evaporate the moisture as much as possible and make a dry halwa. When I plan to make this sweet ahead of time, I make sure to have some ricotta cheese and powdered milk. I dry roast the ricotta and some powdered milk together till it’s brown in patches and mix this into the halwa near the end. It adds another layer of richness to the opo sweet. However, this time, since I had not planned ahead, I did not have any ricotta. I did have some heavy cream and I added this in place of the ricotta. The heavy cream adds a creamy richness, whereas, the ricotta gives the halwa a drier texture. Both ways are delicious.

I hope you give this a go because I am sure you will love it as much as I do. The idea of squash as a dessert is not so weird, after all, we do have pumpkin pie and zucchini bread; not forgetting our tendency to douse any squash with copious amounts of brown sugar or maple syrup to make it sweet. If you have trouble finding an opo squash, check out an Indian store or an Asian market.

Kaddu Halwa
4 cups grated opo squash, one large squash, peeled and de-seeded
3 cups/710ml organic milk
3 whole cardamom pods
1/2 cup/100g evaporated cane sugar* (or white granulated)
4 tablespoons/56g unsalted butter
1/3 cup/79ml  organic heavy cream
*Note: 1/2 cup sugar is enough for me. The dessert was sweet enough for us. However, if you like it a little sweeter, than taste it and adjust as necessary. Also, a good heavy pan is essential for this recipe. If your pan doesn’t have a heavy bottom, the mixture has a chance of burning. All those milk sugars will stick like crazy. A non stick might work well, but still keep an eye on it.
The entire dish will take about an hour to make. The boiling down of the milk takes some time and then the drying out the excess moisture takes about ten minutes or so each time.
In a heavy bottomed pan, add the squash, the cardamom pods and the milk and bring to a simmer on medium heat.
Simmer gently on medium heat till the milk is absorbed by the squash, stirring often to make sure the mixture is not sticking to the bottom of the pan.
This stage of the milk absorption takes a good thirty minutes or so. Once the mixture looks like the picture above, add the sugar.
Have to stir continuously to make sure the mixture does not stick.
Dry out the mixture again as much as possible and when you feel it is
sticking too much, add the butter and continue to fry.
You will see the butter separating from the mixture and at this point
add the heavy cream.
Cook the cream in until the butter appears again.
It’s done!
Fish out the cardamom pods so no one gets a nasty shock
when they bite into one.
Sprinkle with some slivered almonds. Despite the tediousness of the stirring and constant vigilance, I hope you will attempt this dish. If you make carrot halwa (gajar halwa) than you already know how it’s done. Same method, different vegetable.
I wanted to share this with you because it is one of my favourites but because of how long it takes to make, I rarely make it for myself. I have to say, though, Trace and the kids find it pretty delicious too, so I may be making it quite often now!