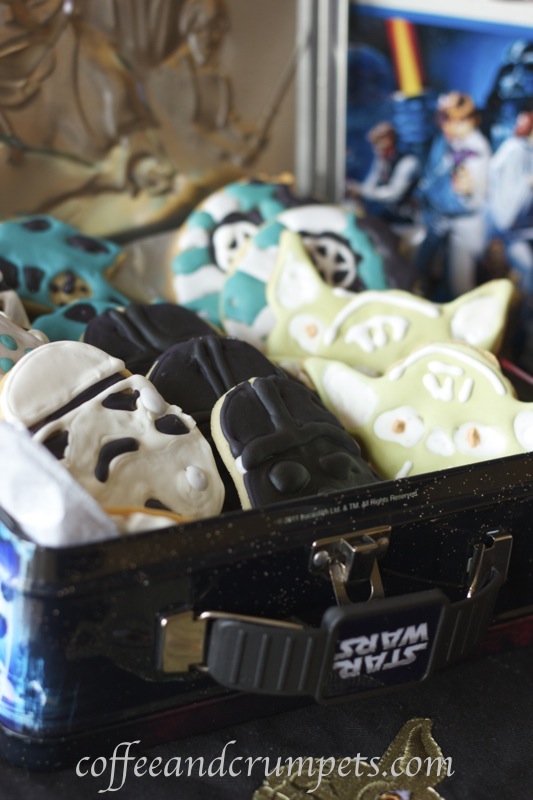 Happy May The Fourth!! For those who are not familiar with this particular day, it’s the day where Star Wars fans celebrate Star Wars! May the Fourth (as in “May the force be with you”) is a fan created celebration/holiday. All the Sci Fi and particularly, Star Wars enthusiasts are out in force today!

Something you may or may not know about me is that I am a big Sci-Fi techie nerd. I don’t know if its because I grew up watching Star Trek, Star wars and a whole lot of other Sci- Fi, American imports back in England (Not that the UK is lacking in its collection of mind boggling Sci-Fi: Dr Who, TorchWood) or because I was a science major in school, but I love Sci-Fi.

Lucky for me, I married an even bigger Sci-Fi nerd than me. He took it one step further because he was into comic books also. He still would be if I didn’t put a stop to the constant influx of comic books and the simultaneous draining of our bank account. Comic books are not cheap!

My husband even has a tattoo of the Star Trek symbol on his chest! He was told by his friend one time that he was the luckiest guy in the world because not only did his wife cook great food and was hot (I could possibly be using that term a bit loosely), she loved to watch Sci-Fi and football with him.

My head is a few sizes bigger since then and I have never made him forget it 🙂 The truth is, I like what he likes and many other things he doesn’t (why is that always the case?) Now, as a family, we enjoy Star Wars. My children are from the era of the new movies that really shouldn’t even be a part of Star Wars because they were awful.

We have Star Wars movie marathons, we get excited about anything Star Wars related and when Laith turned 4, he wanted a Star Wars party, so we had one, a dress up one. My whole family participated and actually made the effort to dress up! It was so much fun. 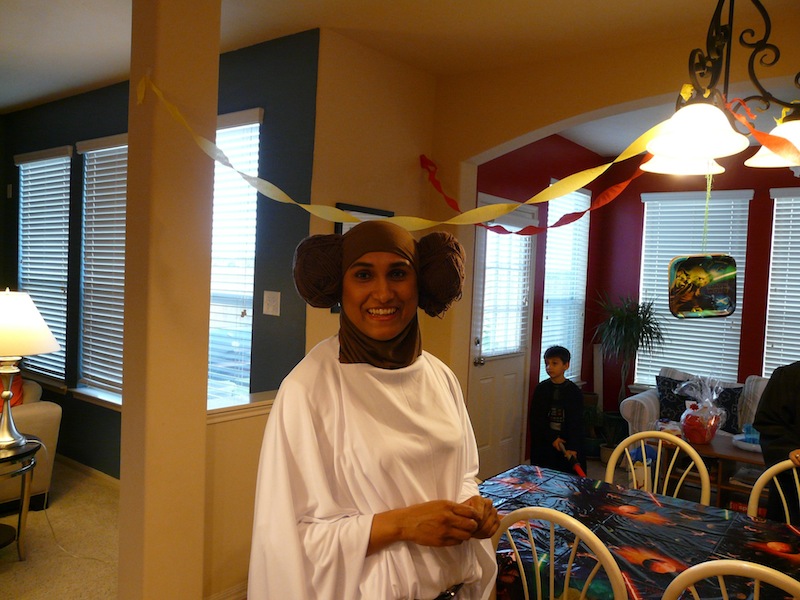 I could not hear a thing with those yarn balls on my ears!

So, May the Fourth, is a day we get excited about! We’ll watch the movies and quote every single line, have fun Star Wars food and just get nerdy. 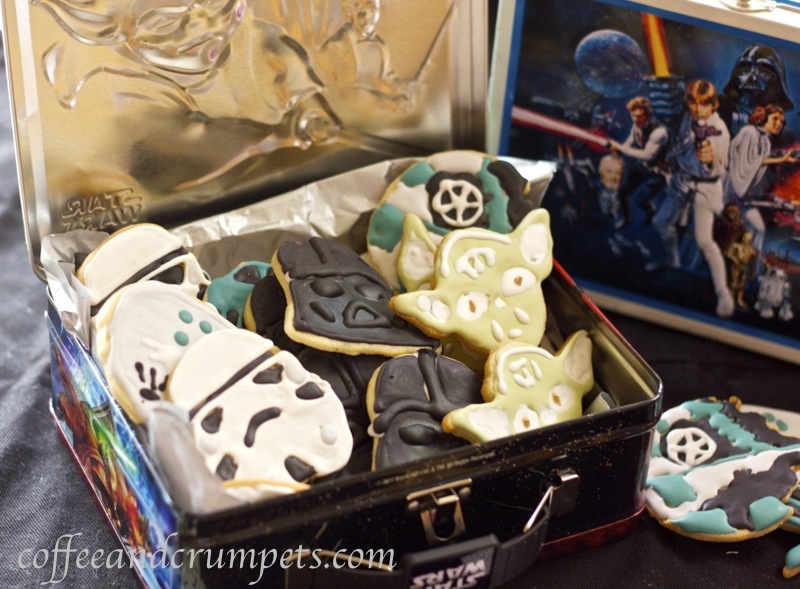 This year I decided to make Star Wars cookies because I bought the cookie cutters last year from Williams Sonoma. The cutters stamp out a detailed cookie which you can then bake and decorate. The details are so impressive that you don’t have to ice them at all but if you want to get fancy, you can have at it with Royal Icing.

Now, today’s post doesn’t contain a recipe. The cookie cutters come with a recipe for cookie dough and that’s the one I used. I figure the recipe they include has been tested to ensure maximum cookie detail and anyone reading this and wanting to make them, will need the cutters and then will automatically have the recipe. I’m not going to include a decorating tutorial unless I get enough requests for it. 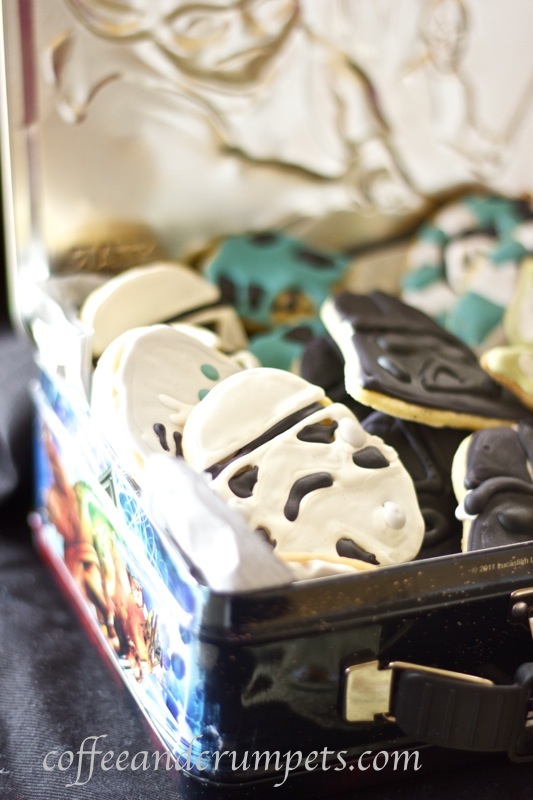 I just used Royal Icing and used the box as a guideline to decorate. I also took quite a few liberties because I didn’t want to mix a gazillion icing colours for just us. If I was doing this for an order, I would take more time and use the proper colours. Even with taking liberties and doing a half ass job, they didn’t turn out too bad! I am not a decorator; I have no patience, I can bake intricate and difficult French pastries,  but decorate… 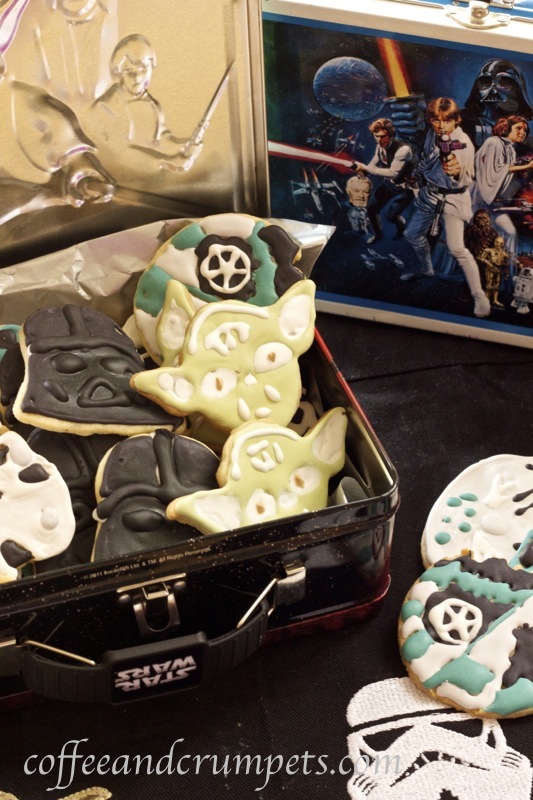 I thought I would share my love for this classic Sci-Fi masterpiece with y’all. We are all beyond excited about the making of an episode 7 and we wait impatiently!

How about you guys? Any Sci-Fi nerds amongst my friends? What movies do you enjoy? I do have to say that even though I am a huge fan of science fiction, I also love mystery, very artsy flicks that usually can only be seen at an obscure theatre in downtown, and chick flicks with Gerard Butler.

May The Force Be With You!