Hello blogger buddies! Sorry for my absence the last few weeks. I have no good excuse except for the fact that I had absolutely no inspiration to cook or write. The weeks after Ramadan is over, are a bit hard on me physically; I feel like a limp mop with not much energy. Slowly, our routines are back in place and we are hitting our beds at a decent time. Don’t get me wrong, Ramadan is great; there is no other month like it. Its energy, its vibe, it changes everything. 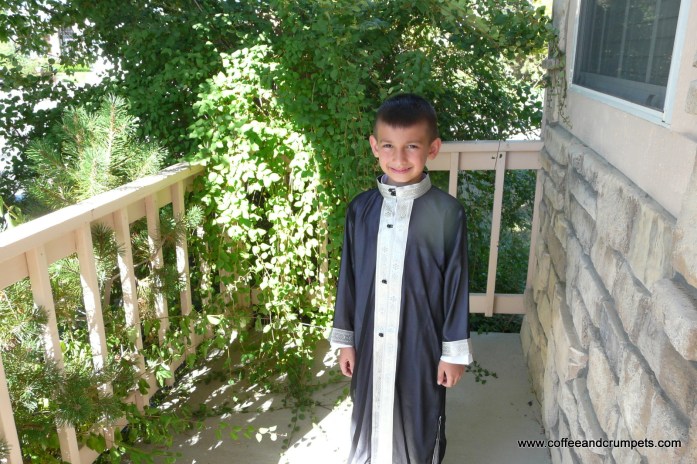 Eid ul Fitr, the end of Ramadan, was great fun. The children took a day off school and we went to prayer in the morning.  After a breakfast of Einstein Bagels, we headed off to the bowling alley. We enjoyed a few games and I realised how bad I was at bowling. I hadn’t bowled in years and it showed big time! We had fun though and that was the whole point. 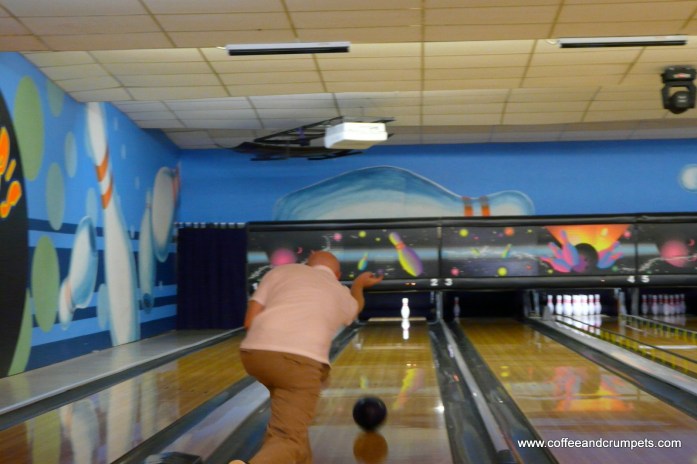 We then stopped by a diner to pick up some onion rings and French fries for our drive to Cache La Poudre Canyon. Since we could eat during the day now, we felt the necessity to stuff our faces all day. The onion rings hit the spot; crispy, oniony and greasy…yum. 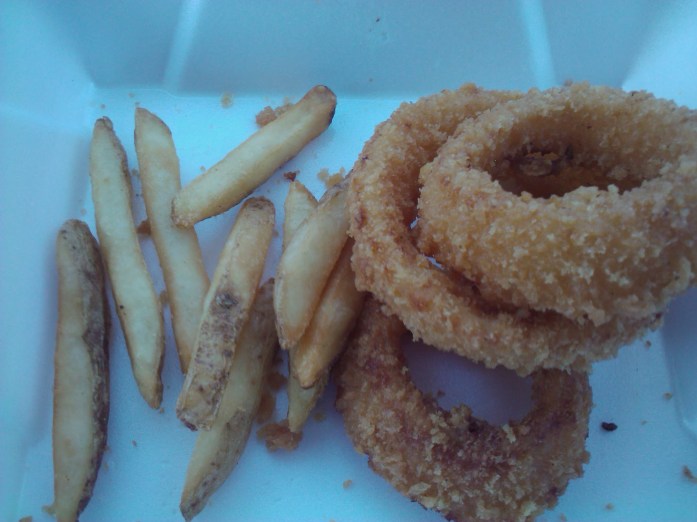 The canyon was up North by Fort Collins; about 40 minutes drive for us. It was breathtaking. I am simply in awe every time we discover something new here in Colorado. The natural beauty and the incredible majesty of the mountains and the life long processes that have carved our landscape, just leave you agape. 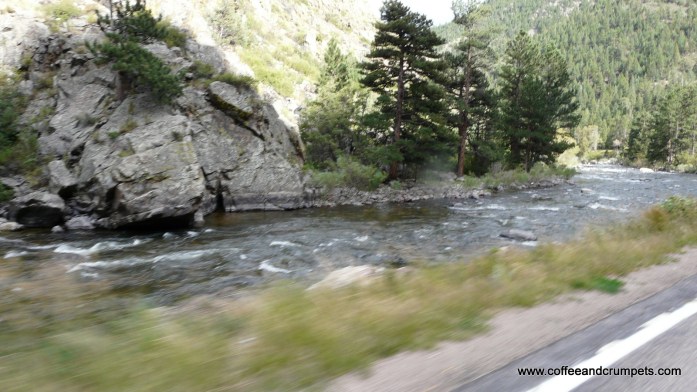 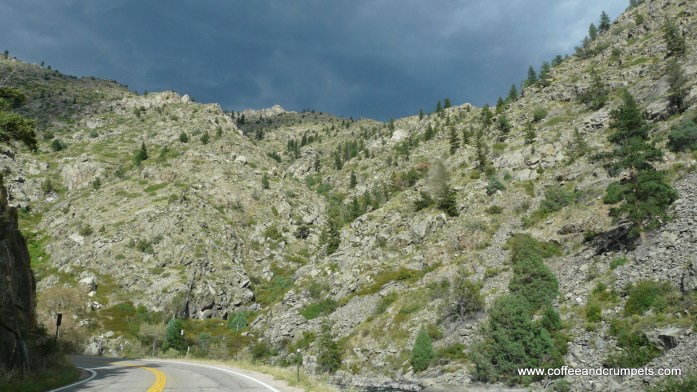 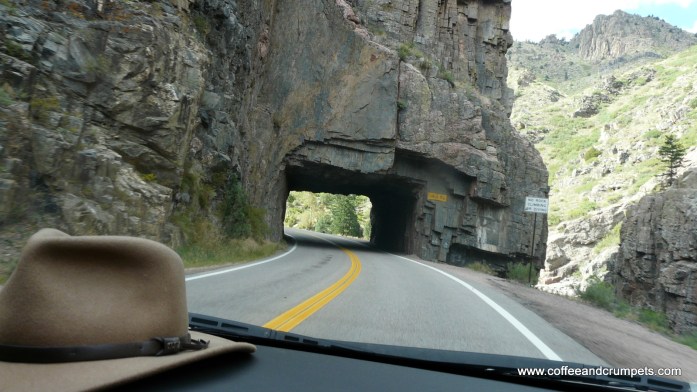 Cache La Poudre Canyon is carved out by the Poudre River where it starts up in the Rocky Mountain National Park, finally descending and emerging through the foothills near Fort Collins. Cache La Poudre means “hide the powder” in French and refers to an incident back in the 1820’s when French trappers had to hide their gunpowder along the banks of the river during a snow storm. The river is a great place for rafting, tubing and fishing and we encountered a few fishing enthusiasts and tubers. The massive boulders lining the banks are a great place to throw a towel and worship the Sun. We were there in the late afternoon and so there were plenty of shady spots to sit and enjoy a book or picnic. To me, there is nothing more soothing than the sound of bubbling, trickling water dancing over rocks and I think this little bird agrees. 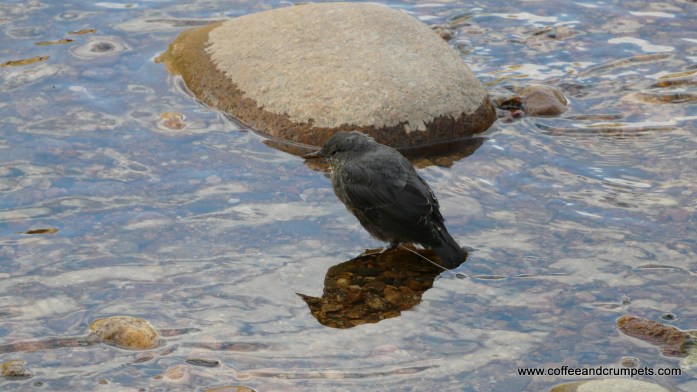 By this time, the children were beginning to get on each others nerves and the feel good Eid mood was waning quickly. The whining had started for “I’m hungry, when are we eating?” and “Where are we going to eat?” Asking them for suggestions is a BAD idea. No one person wants the same thing and so my husband and I decided to make the executive decision. 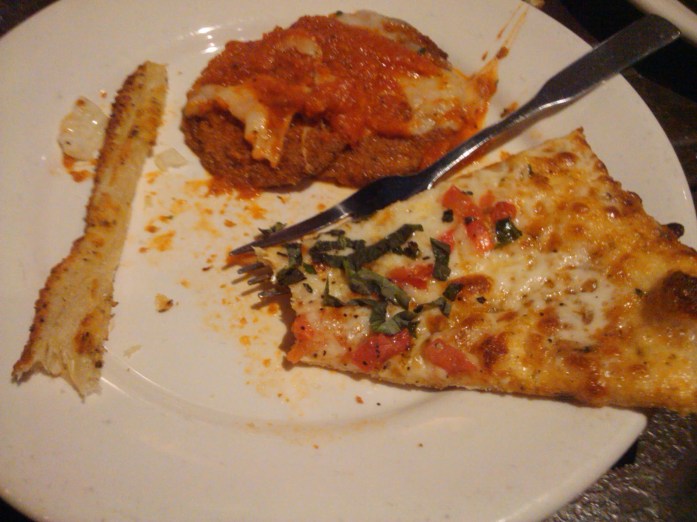 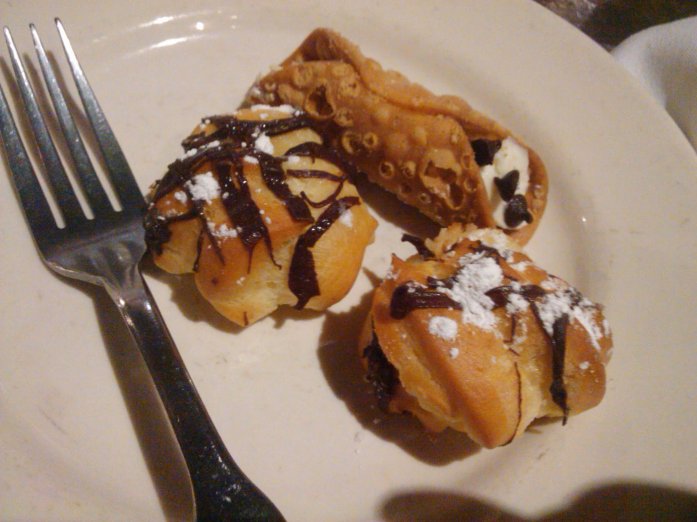 We chose an all you can eat Italian buffet (no, not CiCi’s) called Cinzetti’s. Trace and I had passed by this place a few times and had always planned on trying it. I should write a review for this place and I will, but for now I will say, it’s definitely a great place for children and families. There is something for everyone from pizza, pasta to many great desserts., oh and a crepe bar (very popular).

The same week, the children were off of school for a district service day and then Labour day. It was a VERY long weekend. The Islamic Center of Boulder opened the doors to their new, much bigger location, which I had been eagerly awaiting. We have been going to a mosque in Northglenn since our move to Denver, but I just didn’t gel there like I wanted. I knew Boulder had a mosque too but it was a very small one with not many facilities. However, couple of weeks ago they purchased a much bigger place and it’s a great place. I have been twice and the community have instantly accepted us and I feel at home already. 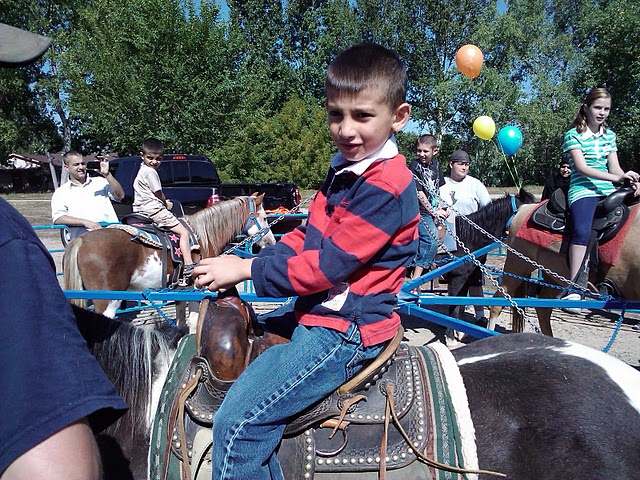 The Boulder mosque held an open house and an Eid carnival for the kids so I took Laith and Sahare last week. They really enjoyed themselves eating candy floss, riding ponies and petting animals. Last night the ladies of the mosque had a pot luck dinner and I took the girls and Laith. It was really nice for me to finally get out  (it also helped that everyone loved my meatballs).

Today is just a regular Saturday. Laundry, cooking and maybe kicking a ball around with Laith, if I can manage that. Trace is off tomorrow and it’s the first Sunday of the NFL season. He is making plans for chips, salsa and the sofa.

I have a couple of recipes knocking about in my head and I just have to jot them down; nothing wildly fancy, just my everyday dinners for the family.

What have you all been up to in my absence? Cook anything scrumptious? Do anything fun? Go anywhere special? I want to know!