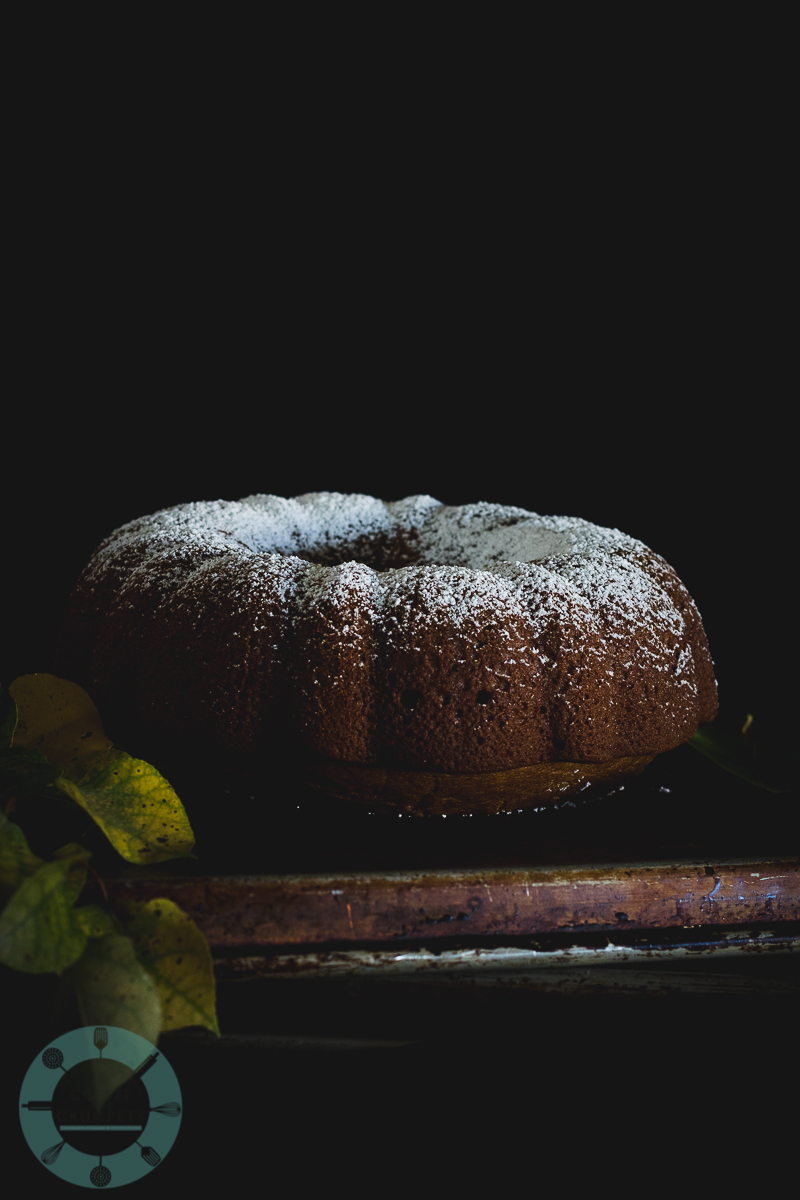 As the wind picks up and the days are more blustery; ripping the last remaining leaves off the trees and forming swirling, golden whirlpools on the ground, one might think these are the signs that autumn has arrived. No. The signs of autumn are the pumpkin recipes on websites, the horrible PSL at Starbucks and Pinterest. 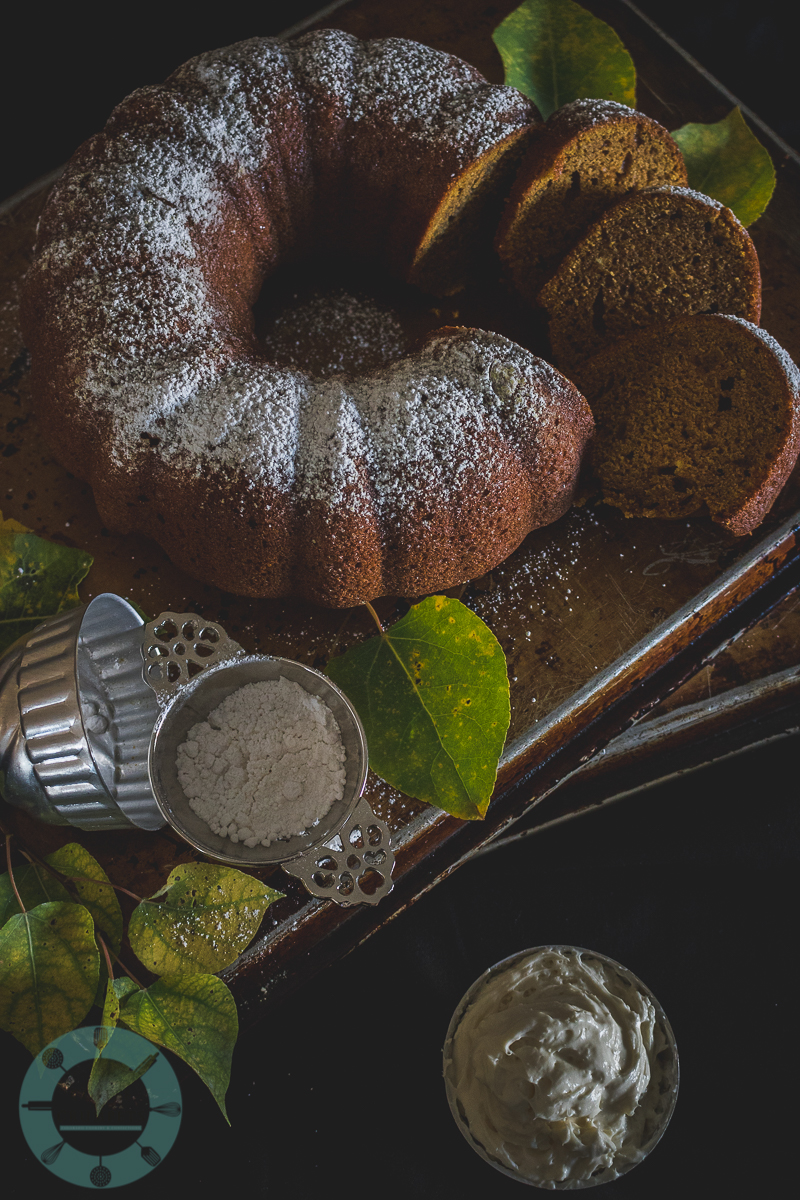 Everyone knows by now that I’m not a pumpkin lover but I’m not a hater either, I just find them blah. I think they are the most gorgeous fruit with their bright, orange skins and their fairytale shape. I love finding them in pumpkin patches; their orange peeking through the green vines and I love admiring their different shapes and sizes. I just don’t really like eating them! They have no flavour really and in savoury renditions they can get really quite muddy. Hence, the need to douse them in cinnamon, brown sugar and other heavy spices. I am challenging myself to come up with a savoury recipe that highlights a pumpkin. Haven’t got there yet.

Pumpkin cakes and doughnuts and such are growing on me, slowly. And that’s only because I love the flavours of cinnamon, allspice, nutmeg etc. I also do need to jump on the bandwagon if I am to stay relevant! 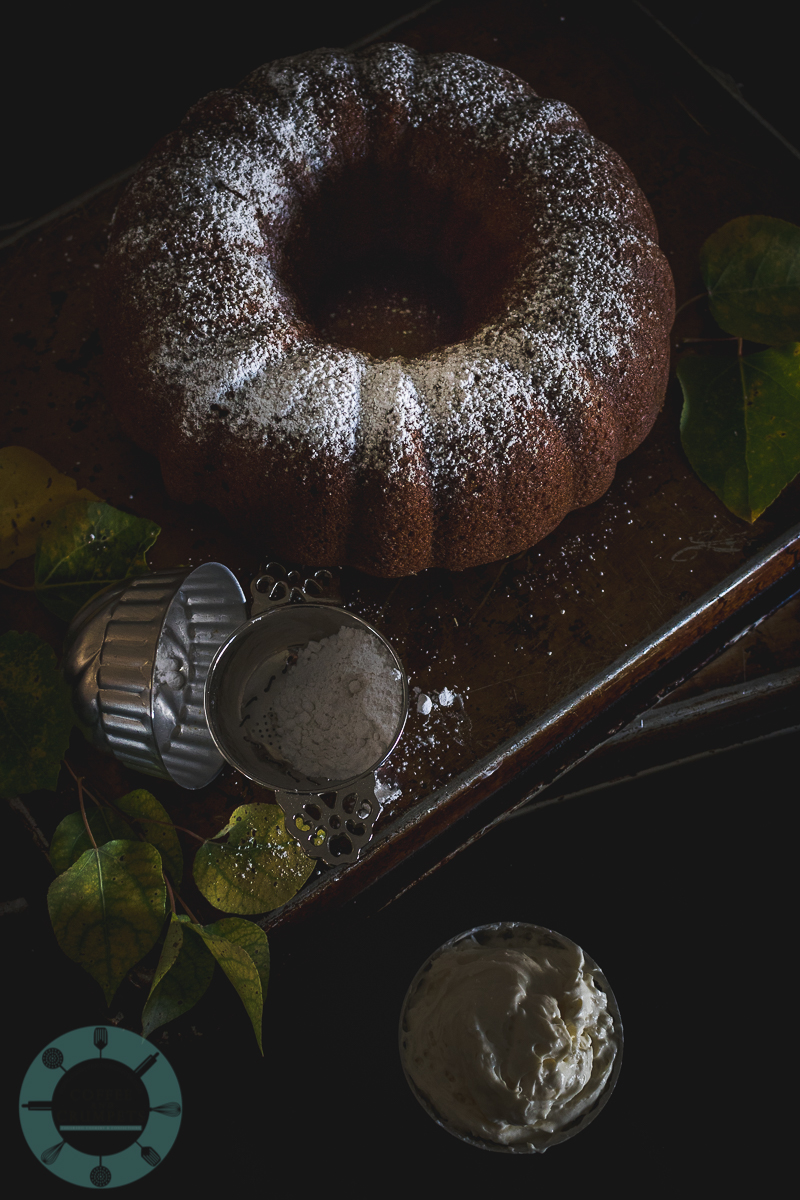 This cake is actually an adaptation from one I found in Food and Wine’s latest issue. When I do my menus for client/vendor events at the store, I try and keep them as seasonal as possible. That is the easiest way to cook and also show off the beauty of the season’s harvest. I also make my life easy by repeating menus as often as possible through a season, making only a few changes here and there.

Year to year though, I make new dishes and try new recipes. I find most of my inspiration in magazines and usually use the basic recipe as a springboard to my creations. 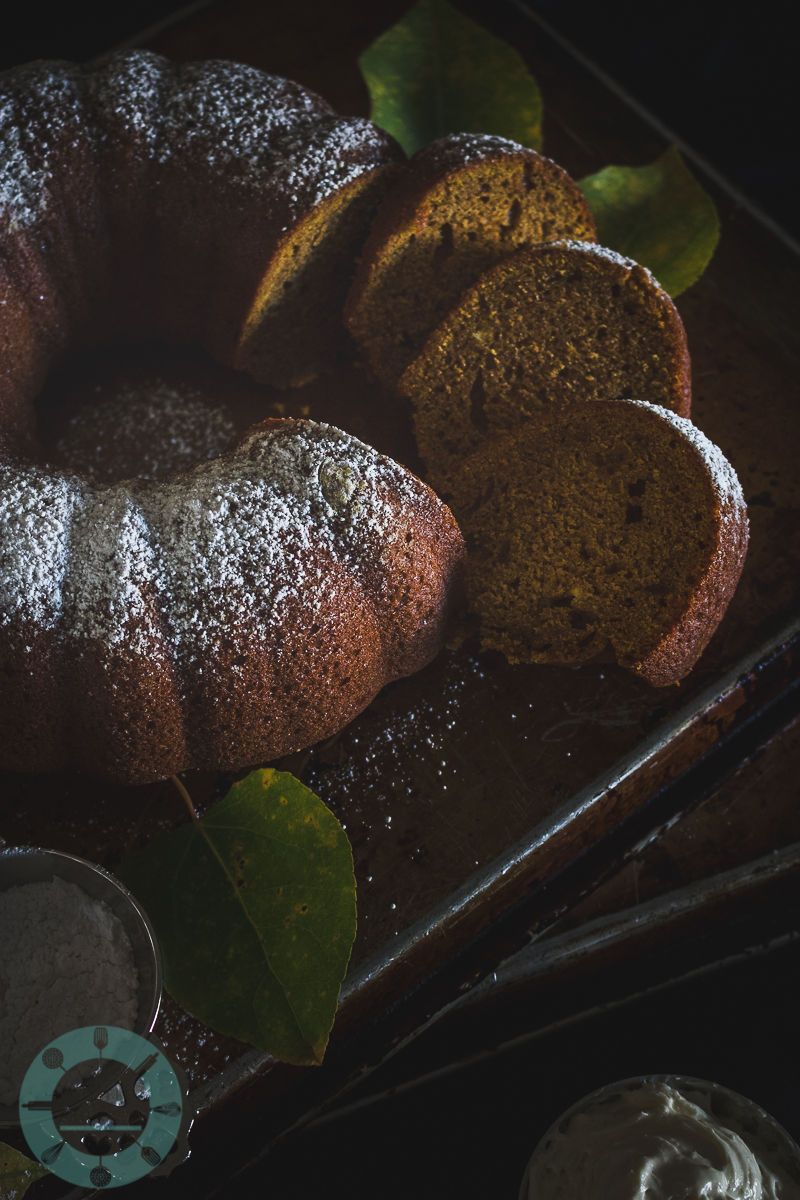 This cake recipe evolved from wanting to try a new pumpkin cake recipe for a vendor dinner. Like I mentioned, I found this cake on Food and Wine where they have it as a two layer cake. I liked the recipe and I also liked the look of the cake but two layer cakes don’t work well for a big crowd. I also don’t like to serve a frosted cake because many people don’t want to eat frosting or don’t want so much and I rather they serve themselves than wipe off the excess and throw away my delicious cream cheese frosting! I serve whipped cream or the cream cheese frosting on the side.

Most of the time I also need a cake to feed more people and I don’t want to make four batches of a recipe! So, I transformed this cake into a bundt cake that makes two cakes. It’s a recipe for a crowd or a sharing cake. Make the two cakes and give one away 🙂 People will love you, believe me. Since last week, I have made eight of these; five were used for work and three were given away. 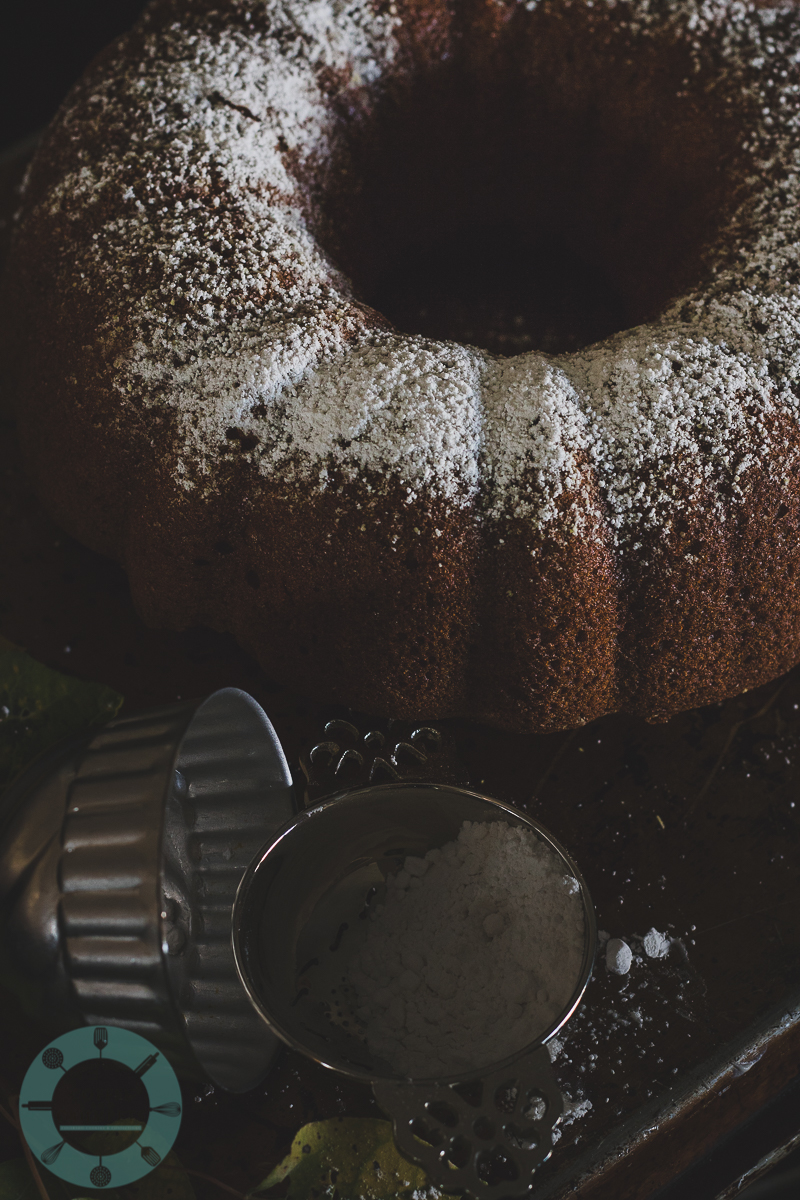 They are great for potlucks, Thanksgiving or Christmas for a crowd, the local firemen who work so hard, the teachers at your kids’ school (that’s where I took mine), the hard working baristas at your local coffee shop (they got some too) and of course, your friends and neighbours.

I was told by the masses that this is an amazing cake. I’d have to agree because for someone who supposedly doesn’t like pumpkin, I ate about three huge pieces.

It is incredibly moist without being gummy (I hate gummy cakes) It has quite a nice ginger taste and to me is very gingerbread like. That’s probably why I devoured as many pieces as I did. Apart from changing the recipe to make two bundt cakes, I did fiddle with the recipe a little more but I think it has worked out well. 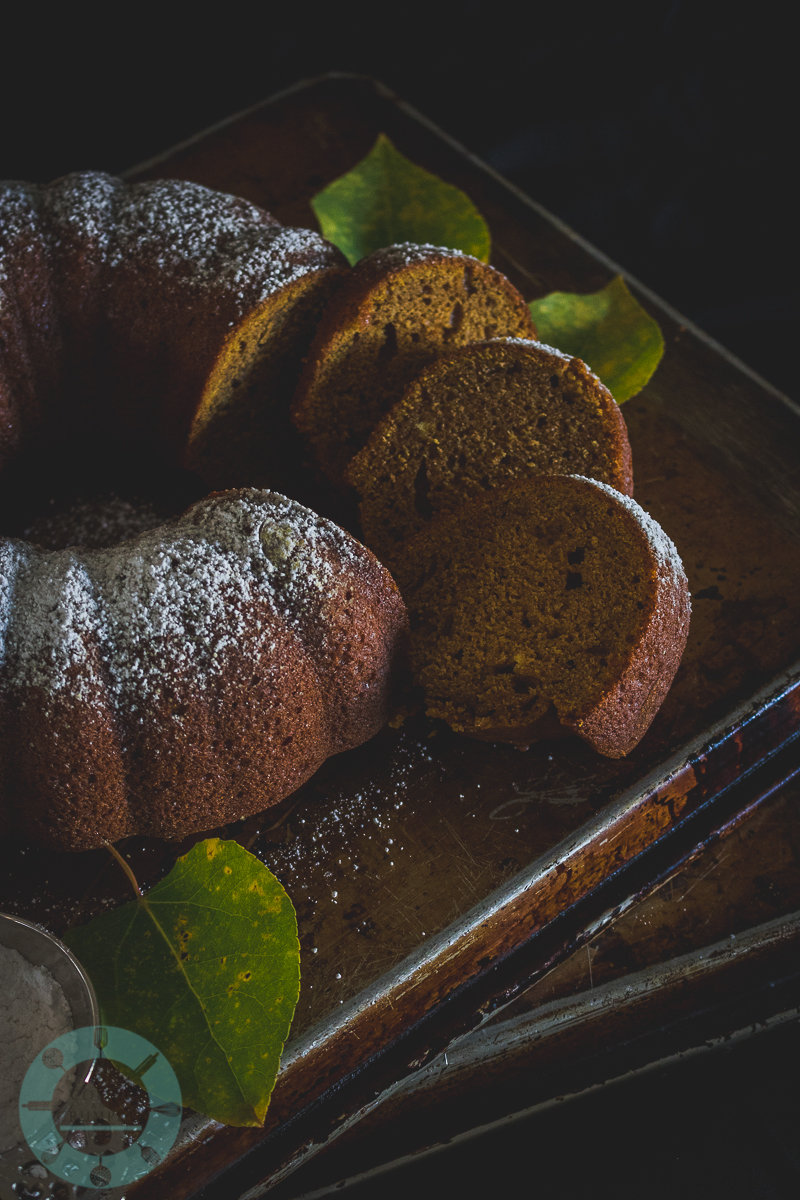 A pumpkin bundt cake made for sharing.
Ingredients
Instructions
Notes
The Food and Wine magazine had all their measurements in cups and not Metric. I didn't mess with converting this yet into Metric but once I can play with it more, I'll post the Metric measurements too.
Wordpress Recipe Plugin by EasyRecipe
3.5.3217 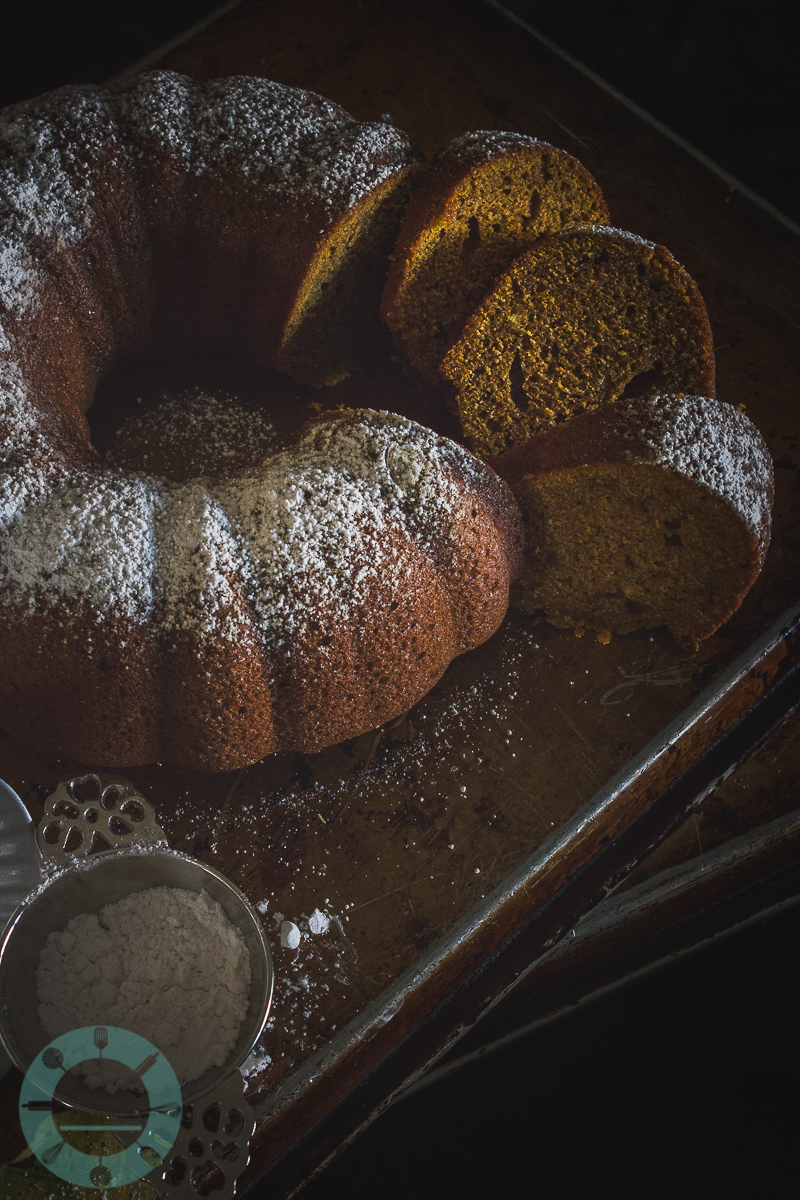 Over the years, I’ve asked many of you about your like or dislike of pumpkin. Many of you said that it isn’t your favourite thing. What do you think about pumpkin desserts? Do you think we like them because of the spices? I mean, we can’t really taste the pumpkin, can we? Thoughts?

Have a great week, everyone! 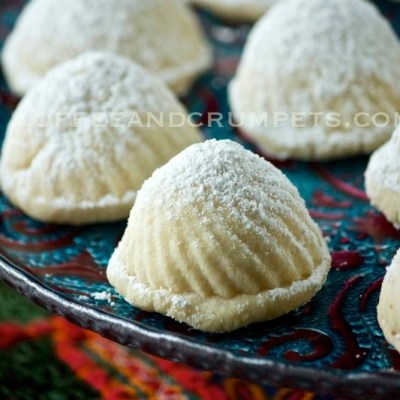