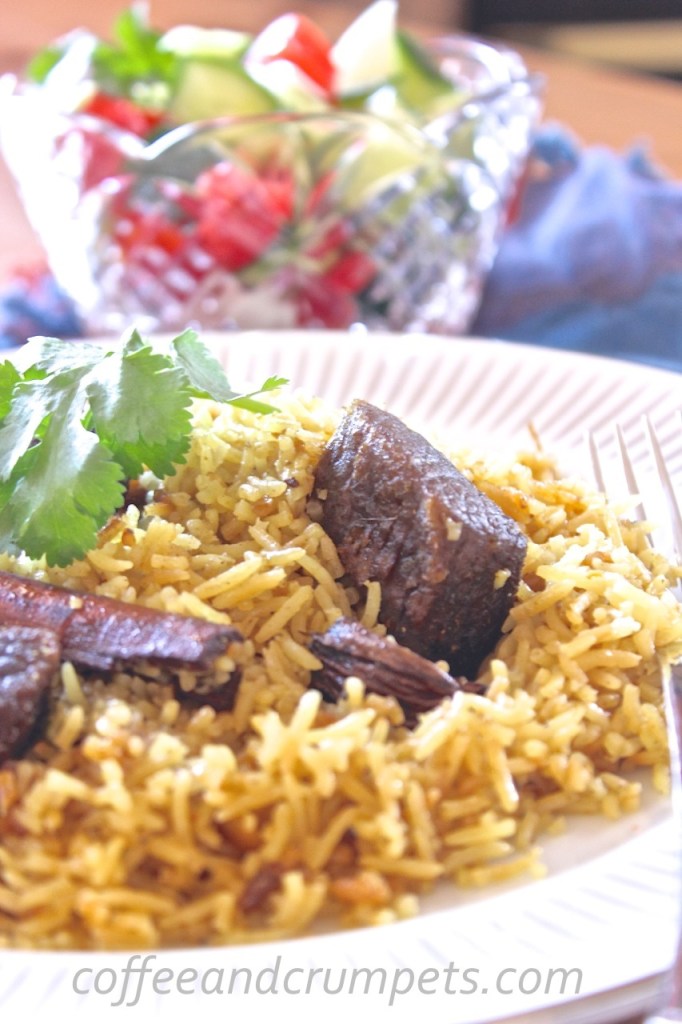 Growing up in England, we ate mainly my mum’s cooking and it was, 80% of the time, Indian food. My mum tried new cuisines and new recipes, but we always pretty much had the same food in rotation. Outside of my home, I learnt to love British food (yes, there is such a thing), Italian and Arabic. My comfort food, or soul food always stems from one of these cuisines; biryani from India, treacle pudding from England, a bowl of pasta with tomato sauce or some kebabs.

My father spent a lot of time in Italy and as a result, he loves Italian food and we ate a lot of it growing up. He had my mum recreating all kinds of pastas and meat dishes he had tried in Italy. He truly thinks of Italy as his second home and so, I believe there is some Italian in me 😉

I digress. What I wanted to say was that, as well travelled as my father was, he was and is, a very picky eater. He likes good food, well made, well flavoured and traditional; be it Italian, Indian or any other cuisine. At home, I mentioned we ate the same foods quite often, and I believe it was because of his selective taste. My mum knew what he liked and what he’d eat, so she didn’t venture out too far afield.

Since my childhood, and now in my own kitchen, I have discovered so many traditional Indian dishes that I didn’t try as a child. I believe now, it was because my father didn’t like them and so my mum never bothered making them; like this meat pullao.

I only ever remember eating biryani and khichri, both rice dishes, one layered with meat and the other with lentils. We didn’t eat pullaos, which are usually rice dishes cooked in vegetable or meat stock. Whether she started cooking pullaos after I married and moved away, I don’t know, but I do know that I had never tried this yakhni pullao until I was married and had my own family. My mum passed away 15 years ago this March, so it’s been hard to get family recipes and her little twists on food. I really feel robbed of her expertise and experience. I wish we had had more time together.

So, most of my Indian cookery has come from just recreating from memory, or using cookbooks but changing a lot of it to the way hers used to taste, and learning a little bit from my aunts who are amazing cooks too. I’ve eaten this pullao from restaurants and my aunts make it occasionally. It’s fairly simple and has all the standard Indian spices, nothing too difficult to find.

Traditonally, this is made with bone in lamb or goat meat. The stock from the bones flavours the rice that is cooked in it. It is a great one pot rice dinner with a lot of flavour and a nice spicy kick. I made it with boneless  beef because as you know by now, I don’t like lamb. If I had goat meat, I would’ve used that but my husband has issues with goat meat bones and he finds them a tad bit fiddly. I had beef, so I used it. It came out really well even with no bones with the spices really rounding off the flavour.

If you have meat with bone, I would use that to make this, but if you only have a boneless,  make it anyway. It’s still tasty and convenient for that sudden Indian food craving. Take it to the next level by adding nuts and sultanas, which I omitted, but they can really elevate the dish. 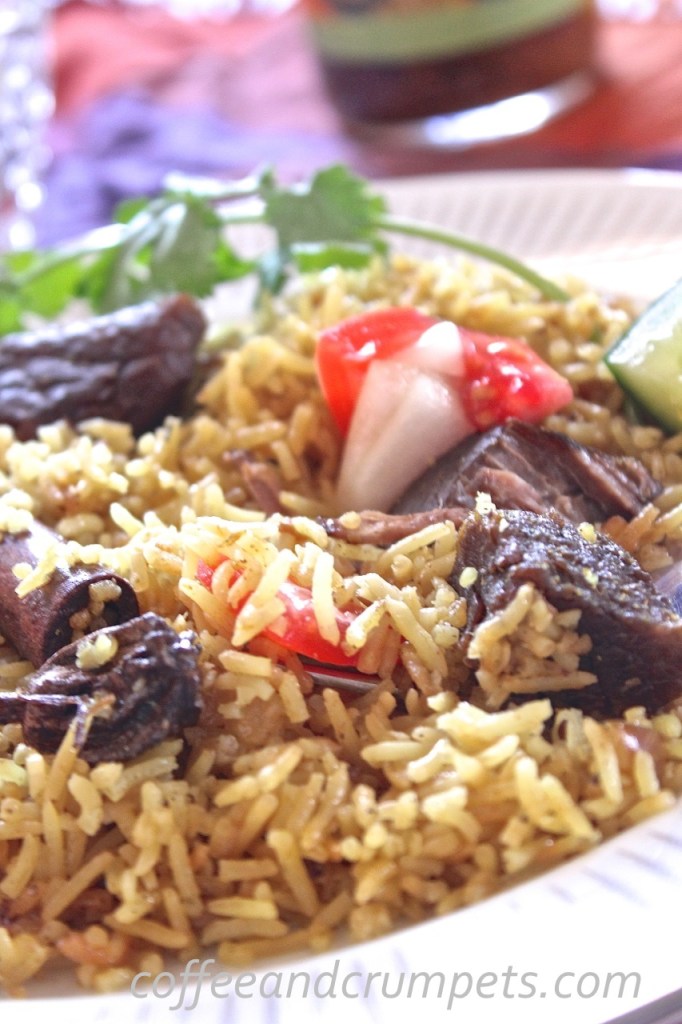 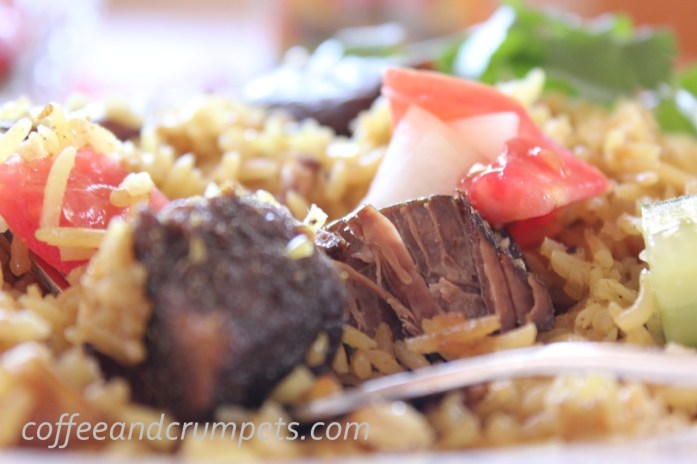 What are some things you never tried as a child and have learnt to love now? I think we are lot more adventurous with our food then our parents ever were in their time and our childhood. have you managed to convert your parents to your food likes?